You are reading
Northgard – XB1 Review

Northgard is an interesting mix of real-time and turn-based 4x strategy with an emphasis on a viking setting. The gameplay is familiar right out of games, making it more accessible than many strategy games, but as Northgard continues through its campaign, it reveals more layers and nuance as you juggle your resources against the need for expansion.

We start things off with a fairly standard story of revenge as our primary protagonist in the campaign is the sole survivor of an attack that killed his father and much of his clan’s leadership. He finds himself in a remote location trying to rebuild his kingdom so he can deliver some deserved retribution on his foes. Admittedly, the narrative is not terribly deep, but it gets the job done and does a nice job of introducing new gameplay elements over time as well as exposing you to the different tribes in the game.

These clans or tribes each have their own advantages. For example, one of the clans has an easier time raising happiness if you meet certain conditions in your areas. There are six clans in total, and they all have their own unique flavors that break up what could otherwise have become a somewhat redundant campaign as it forced me to consider how I wanted to tackle each map. The objectives were always somewhat straightforward, and as long as I gave my initial plan a bit of thought, never really all that difficult to advance through. 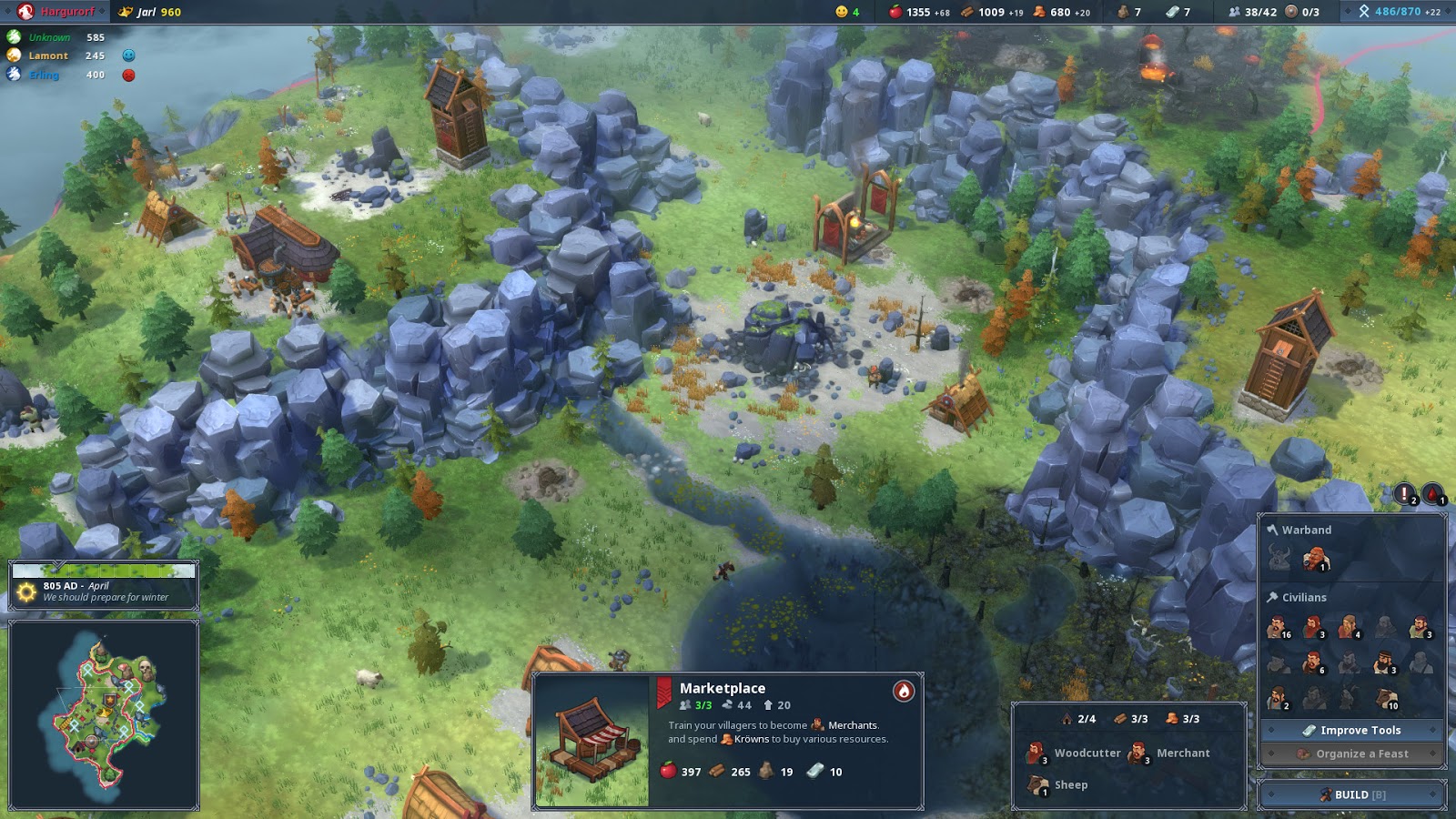 Having recently played another strategy / simulation game heavily recently (Frostpunk), I found it interesting that in Northgard, things get their diciest when winter is mixed into the scenario. Not only does it make resources much harder to come by, but I found myself going through said resources as well, putting a heavy emphasis on preparation before those frigid months roll in. Generally speaking, the events that occur provide some challenge, and they can certainly throw off the carefully made plans I had going in, but I was almost always able to recover from those surprises once I had a firm grasp on the game’s mechanics.

It helps that the game’s tutorials, especially in the beginning are quite clear as they lead you from one objective to another, explaining how things work along the way. One of the best aspects of the game is that your citizens are blank slates. You can pretty much use them in whatever capacity you like, from working in a market, to becoming lumberjacks to training as warriors. Like many 4x titles, you can win a variety of ways in the skirmish / non-campaign modes, so having the flexibility to make your units into whatever you want is a nice touch.

Visually Northgard is a bit of a mixed bag, as the cut scenes are pretty generic in appearance, but the actual maps themselves are pleasantly designed and colored, if not overly detailed. Units are a bit on the small side and easy to lose track of, but the landscapes and larger buildings are actually quite nice to look at. The music is fitting if not terribly memorable and there is little spoken dialog to be had along the way. Not that it probably matters too much, since the dialog was pretty bland the majority of the time and did not always feel like it fit with the viking setting. The revenge tale is alright to kick things off, but honestly the story never really held my interest. It was just an excuse to go out and experience what the different clans can do as I trekked through the campaign. I was far less interested in what would happen next in the story than I was in seeing what made the next clan different from the others. 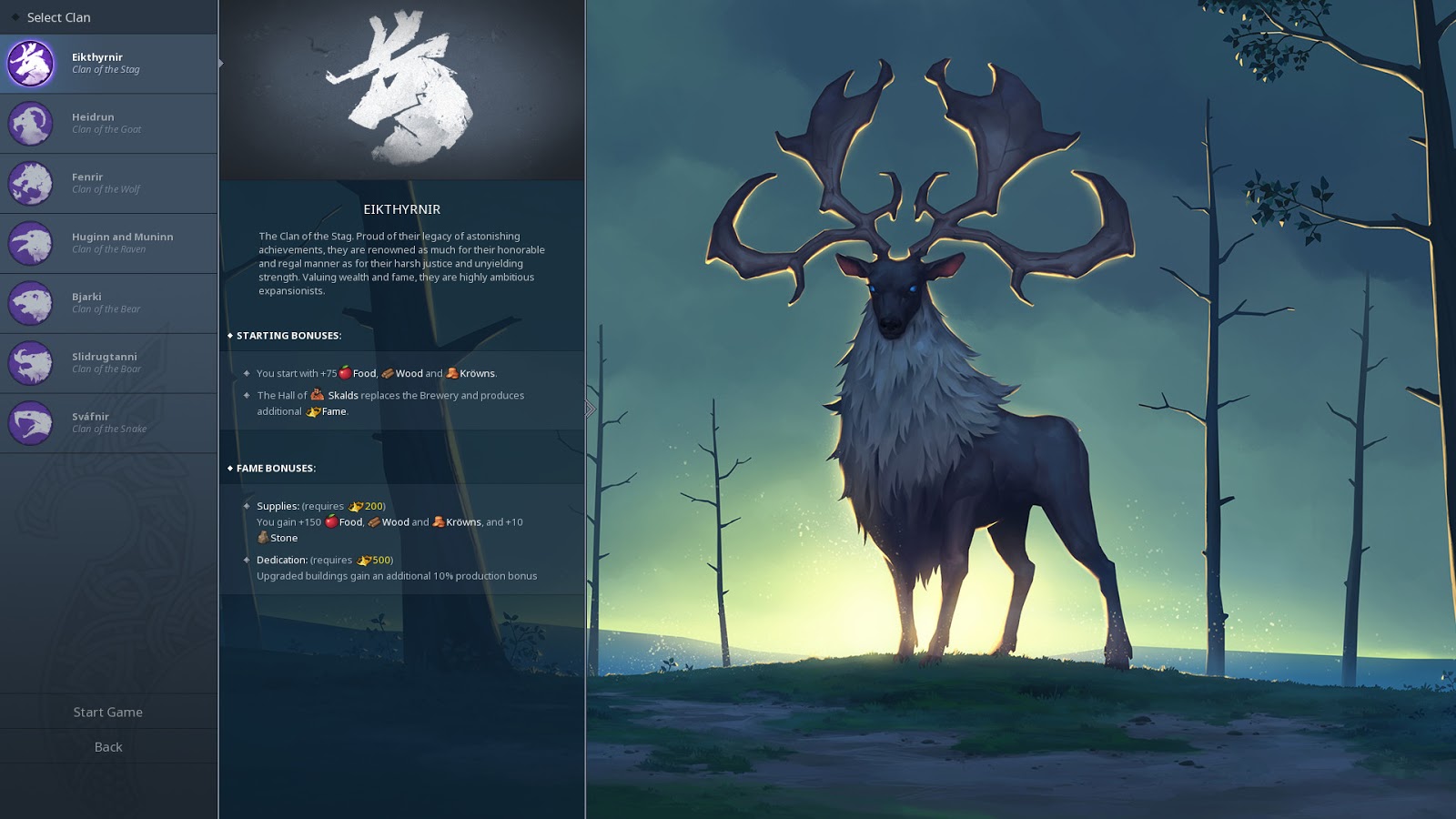 Once I worked through the campaign, it was time to try out the multiplayer and skirmish modes. Basically these are the more open, sandbox-like settings as opposed to the objective-structured campaign mode. I am not usually a big fan of multiplayer 4x due to how time-consuming they can be, but Northgard has a nice pace to it due to its mixture of turn-based and real-time elements. The AI from the computer controlled clans can be a bit sketchy at times, but more often than not they make reasonable decisions. The menus could be a bit of a hanging point here, as the game was clearly designed for a keyboard and mouse on a PC. Overall it translates pretty well here, but every now and then I found myself hitting the wrong button or direction and having to back out of a structure I had no intention of building. It is probably as good as one can hope for a game of this title, and I am happy to see proper strategy games get the chance to come over to a console.

As you get deeper into your sessions and your lands start to spread out, the micromanagement can be a little bit of a chore, as is just about always the case for these types of games. I was a bit surprised at how manual combat is – it is almost always intentional and while you can let it coast automatically, the results are usually not as good as if you have a bit of manual intervention. At its base, your warriors will smack around whatever is closest to them, which makes knowing what angles you are attacking a region from pretty important and best not left to AI. 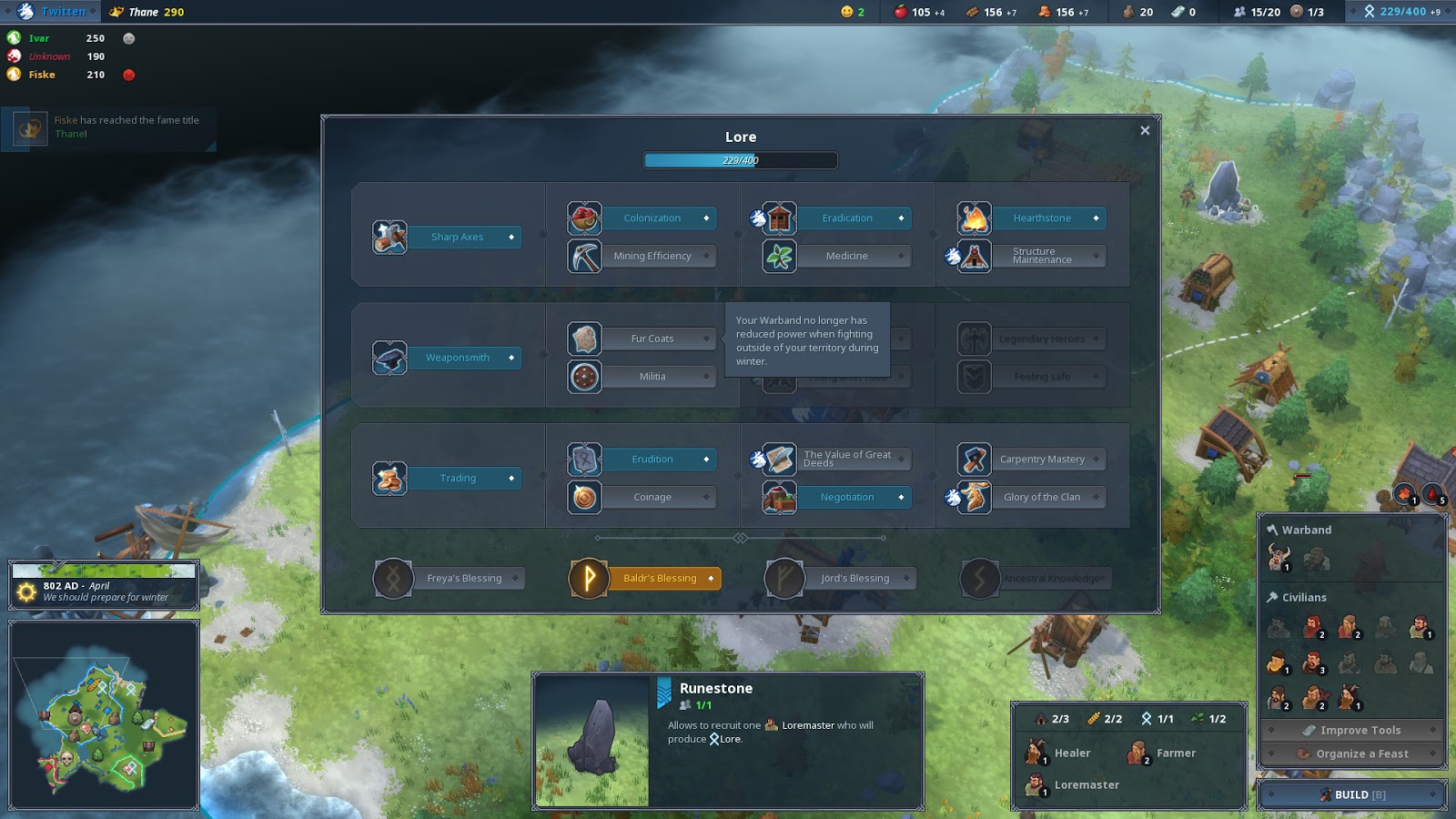 Northgard is an accessible strategy game on consoles, and that in and of itself makes it appealing for those who might be new to the genre. The brightly colored visuals are appealing, even if the rest of the presentation is relatively average, but where Northgard really starts to shine is in its surprisingly depth of strategy the longer your session runs. Weather, different clans and a variety of ways to claim victory help to make for varied, entertaining sessions well worth a play.