Having essentially reset time and erased the atrocities that she set out to seek revenge upon in the first AeternoBlade, Freya is once again going to have to solve her way forward through time puzzles in order to save the world from an evil that she unwittingly unleashed by “setting things right” in the first adventure. Met with those she saved and new faces alike, this new adventure will have you playing as more than Freya and the puzzles have stepped it up a notch as what one playable character can do? The others can’t.

AeternoBlade II is the platformer metroidvania sequel to Corcell Technology’s AeternoBlade that originally released back in 2014 for the 3DS. Having been re-released over the years on the PS Vita, the PS4, XB1 and the Switch, the performance had been smoothed over and the accumulation of this experience was clear to see in the sequel. Releasing natively for the current generation of consoles and the PC, this latest adventure runs very smooth and was a pleasure to experience even if it felt a bit slow to start off.

If there’s one major flaw to AeternoBlade II it’s that the story almost feels like it was tacked onto the gameplay to give some context. It honest never feels like it’s enough to really mean anything which is unfortunate because the level of importance it carries is huge. As either Freya or the other two newly introduced playable characters Bernard and Felix, each will be fighting for their own reasons but other than a high level “this is why”, it never really gets into it more than that. It’s basically a case of the gameplay is supposed to tell half the story but more often than not, it doesn’t because other than save the world, there really isn’t any. Instead, you’ll have a few quick lines of text or some neatly and we’ll done 3D cutscenes that comes with their very own QTEs… that I kept forgetting about and game overing because of it. If anything else, keep your hands on your controller! Thankfully if you do die and game over because you didn’t hit the prompt fast enough, it’s a quick enough loading back in at the spot you failed instead of having to do the whole fight over again.

As for fighting though, it’s a lot of fun, which is great, because you’ll be doing a lot of it. While things feel a bit less metroidvania than the first, things open up a bit once you’ve gotten out of what I’ll consider the tutorial which makes up for roughly the first 15% of the adventure? You aren’t just thrown to the wolves. Instead, you’re taught how to survive one character and AeternoBlade time bending function at a time. Freya, who acts as your introduction, or re-introduction if you’ve played the first, is a sword wielding badass who reacquires the ability to rewind time around her while she can keep moving forward. If things get a bit too hairy, she can even rewind herself backwards in order to not die because you missed judged a giant fireball when your health was next to nothing. Up next you have Felix who basically has a chain sword acting something like a mix between a Castlevania Belmont and Allucard. Able to use his chain sword to latch onto out of reach places, he gains access to make clones of himself to be able to tackle enemies essentially simultaneously. There is a trick to this, but more on that below.

Finally, you have Bernard that is a bit slower than the other two but who is much more powerful and can simply smash his way through an enemy’s shields and through blocked yet breakable gates. His powerful build leads into interesting combinations as with the power of the AeternoBlade, Bernard can stop time and really lay into an enemy. So between the three, Freya, Felix and Bernard all have the advantage in certain situations, and disadvantages in others such as there are enemies that can only be hit while rewinding time. Can’t rewind time? You’ll need to hope you get lucky or simply keep running to the next area. 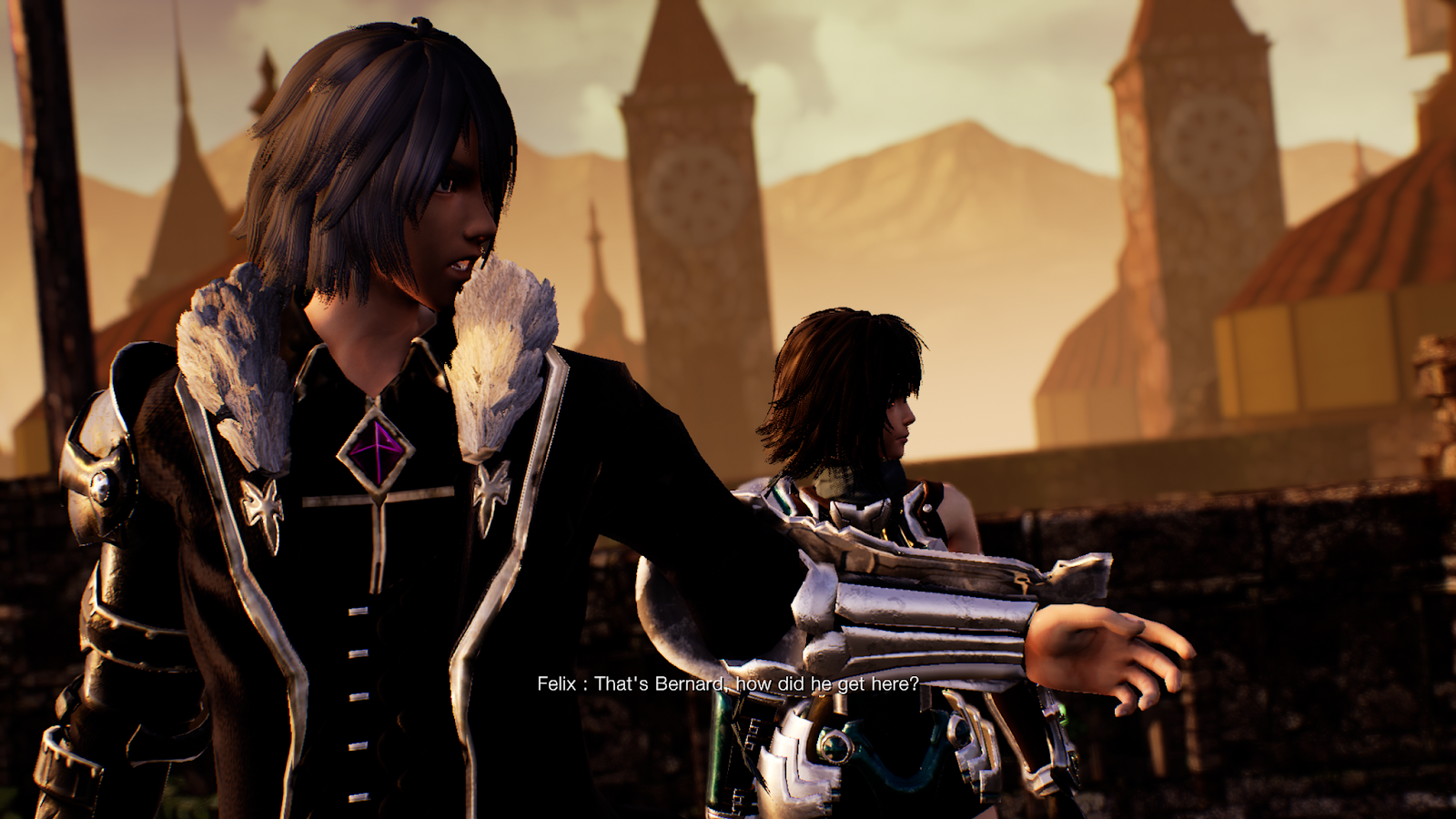 Bridging things together though, events will eventually lead to Freya getting the other powers of the AeternoBlade back so that she can get more done. While her weapon and “power” stay the same, she does get to start doing other things such as being able to latch onto a further point in order to haul herself up. What I appreciated is that it starts to happen early, but not too early so that you do get to enjoy the other characters a bit and what they can bring to the table.

Finally, while nothing really new to the style, but always nice to have, AeternoBlade II switches between 2D platforming and combat to 3D combat for certain challenges and boss fights. This change, like the QTEs can take you a bit by surprise at times because they aren’t exactly being declared but they showcase that even if the gameplay is being switched up, the quality is not being dropped. If there was to be one issue with this change, it’s that targeting is done with L3 and when you’re locked on to something massive, you’ll often not see it’s other arm or tail coming at you so being careful with when to lock on will be important.

Overall, AeternoBlade II may not be winning any awards, but it shows off a decent progression for the studio that made what could also be a cult classic as many that I’ve spoken too have never heard of it, and those that have, enjoyed it even with its limitations. Changing things up with different characters that have different abilities and a “lighter” storyline than one simply hell bent on revenge, this end of the world tale is worth taking a look at for fans of platforming and metroidvania puzzles.