You are reading
GreedFall – PS4 Review

The glorious part of fantasy is that you can tell a tale either based in reality or based off of people’s imaginations. Based in a little bit of one and a lot in the other, GreedFall is a reimagining of the 1600s colonization in a world of plagues and monsters where the worst monsters are not the ones in the wild with wicked claws and poisonous fangs.

Last week I gave my first impressions of GreedFall that sees you take on the role of De Sardet, a Legate of the Congregation of Merchants whose job it is to hopefully find a cure for a disease rampaging around the mainland known as the Malchior. Having had to look it up to make certain, using an older definition, a Legate is a General or Provincial Governor in ancient Rome or their deputy. As De Sardet’s cousin is the Governor, you are basically his deputy and his voice outside of the settlement walls of New Serene where you now find yourself. Needing allies both within and outside the walls to search for clues to a cure, you’re going to have your hands busy if your tongue isn’t fast enough to diffuse a situation

Starting at the beginning and treating you to a combat tutorial for better or worse… yes I restarted in order to win as I now knew more than I did the first time… the basics for GreedFall won’t change much over the next dozens of hours. What’s in place is solid enough as a base for when you actually have to draw your blade and while it doesn’t actually change over the hours even when you do get new abilities, it never feels overly stale as you can change things up with different weapons, magical abilities and new partner configurations as they join up with you. 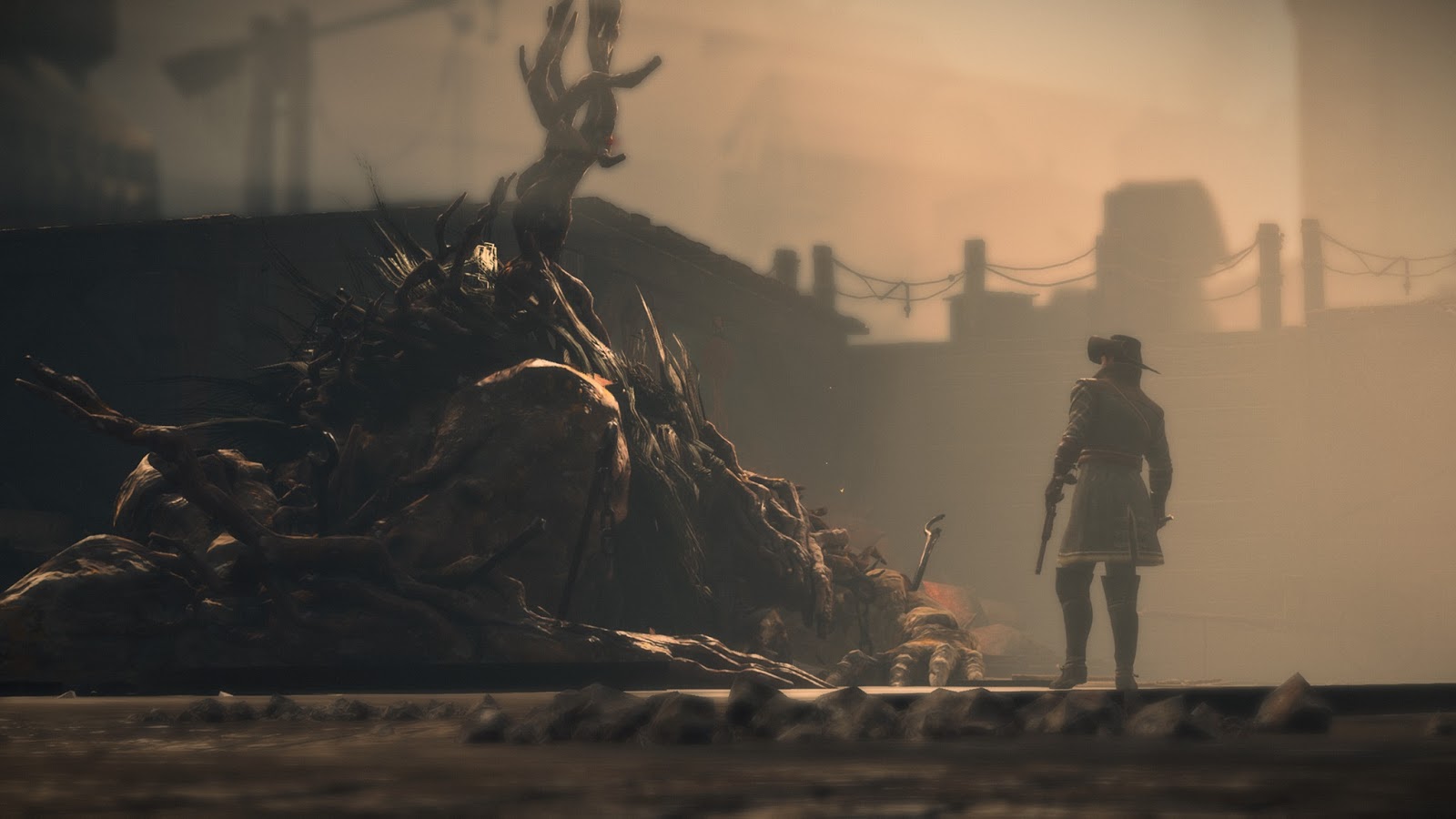 Swords, long swords, heavy swords, hammers, flintlocks, riffles, multi barreled pistols and magical rings to sling magic, this is what makes up your close ranged and long ranged combats. Each melee weapon has a default attack with square and an alternate one with triangle. Magic rings, while ranged, fall in the same category as in a way they are more melee than ranged as they don’t have an actual ammo count that needs to be worried about. While in combat, there’s no blocking like there was in Bound by Flame, I can’t remember from the little that I’ve played of The Technomancer. Instead, you can dodge, or you can parry.

Parrying has always been a very hit and miss with me and the games that I’ve played. Timing is often everything and even a second too late, you’re dead. So I don’t bother with parrying in any Soulsborne, I just dodge out of the way which sadly deprives me of a lot of free damage. Moving on, the parrying system in GreedFall is fantastic as while timing is everything, being too slow or too fast will net you with a tang on your blades knocking you back a few steps or squarely on your backside. You don’t take damage but you are also not in a space to make an attack. Perfectly timing it will net you loads of damage and your enemy reeling from the attack which is nothing short of satisfying.

Like any of Spider’s games though, combat isn’t the main focus, the adventure is. The people you meet, the sights you’ll see, each of these is really what it’s all about. The combat as mentioned is solid but if you play your cards right, you don’t have to. This is the mark of a great developer, especially when they have said that the choice of what you do is in your hands. So there is some fighting that is going to happen, monsters in the fields, bandits in the cities, but generally, if you choose your words carefully you can disarm your opponents without ever actually drawing a weapon as they’ll realize it’s a bad idea. Does it mean that they’ll give you whatever you want? No. It just means that they won’t headlong charge you into a fight to the death. 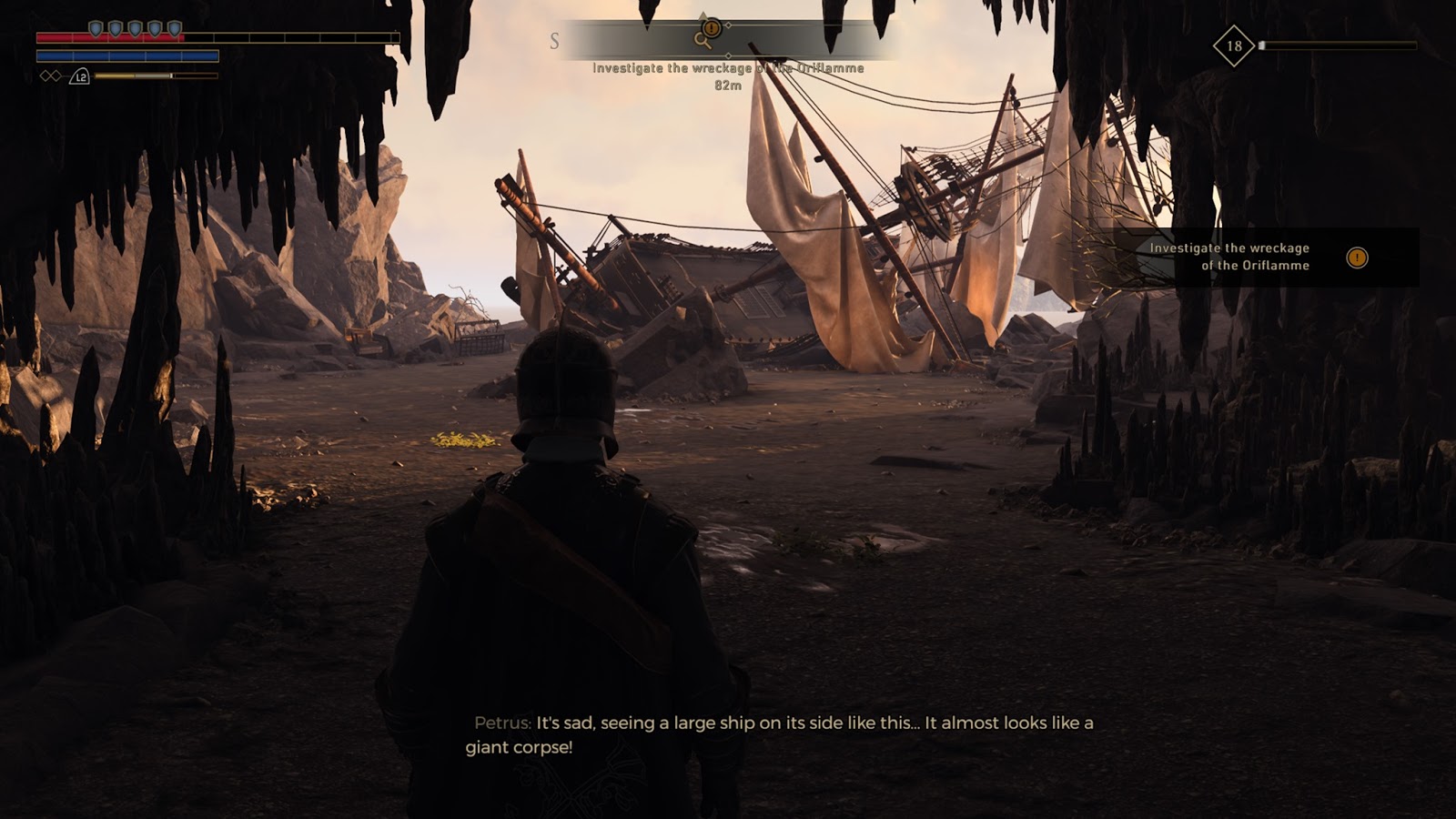 Having these features at your back just makes exploring this vast island “enjoyable”. I say enjoyable in quotations as this is not a pleasure cruise. The mechanics make it enjoyable, the adventure itself is filled with the worst sides of mankind as it thinks that just because it is more “evolved” than some other people, that it is right. The portrayal of the native population’s suffering at the hands of the three major power factions that are on the island range from bad, to worse, to the most horrendous treatments you could think of with inquisitors hunting them down and treating them brutally to sometimes even death. The writing is well done and the overall presentation is “tasteful” as it’s not gory, but you’ll still see a fair share of dead bodies from situations that should not have happened.

And that’s where GreedFall “shines”. It doesn’t make you some super shiny beacon of light in the dark. You can be the good guy sure, but it’s not solving all of the problems. Patching things here or there will work for a bit but down the line something you fixed could have made something that much worse. The interconnectedness of everything was impressive as often seemingly unrelated things will wind up at the same point and what you need is now literally in front of you because of an otherwise unrelated side quest. 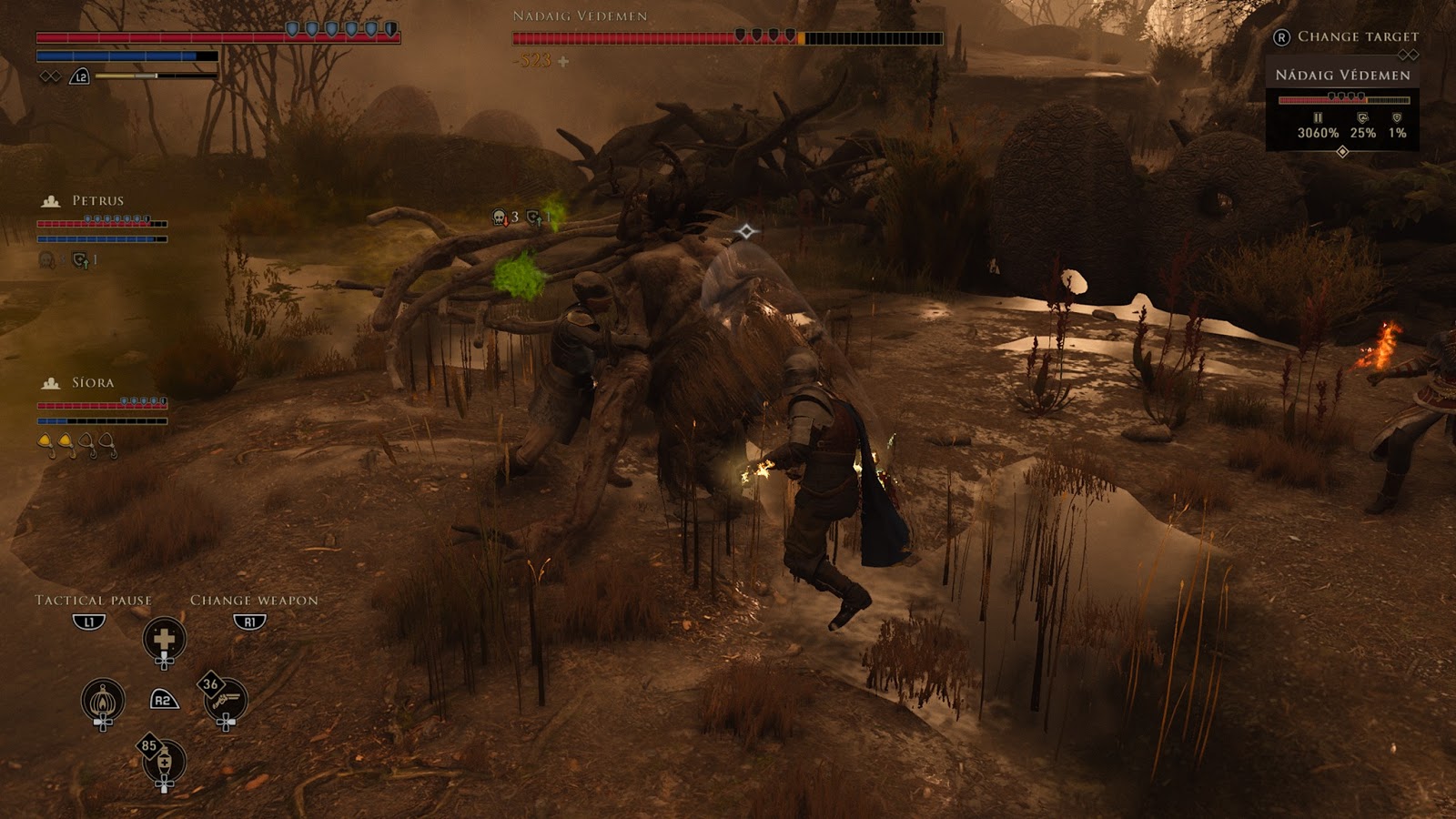 Another area where it makes things matter is who you take alongside you when out on major and side quests. Each team member that you can recruit is part of a different faction from the Coin Guard that defends the Governors, the Nauts who sail everyone across the seas, to the daughter of one of the native tribes, a clergyman and an alchemist / gunslinger. Each of these brings a different point of view and can in some cases change the outcome either because of a skill set or because of actual knowledge on a subject because of their backgrounds. Rarely will this be a fist to the face which is nice because violence isn’t always the answer even if you want it to be. Damned religious inquisiting zealots…

All in all, it takes HOURS to be able to really sink into GreedFall’s immense world, its cultures and its lore. It takes hours more to start discovering tiny details that can change entire outcomes for the future of your character’s world. Combined with a good character leveling system and gameplay mechanics, GreedFall is a solid RPG and probably Spider’s best work so far.