Fire Emblem: Three Houses is a game that takes a familiar formula, adds a lot of new elements to it, and manages to produce an ambitious and entertaining strategy / RPG hybrid that I found almost impossible to put down.

Admittedly, the Fire Emblem has always hit my sweet spot. I have been a fan of the series since it first was introduced here in the United States. The strategy / RPG genre has always appealed to me. I sunk so much time into games like Fire Emblem, Shining Force, Warsong and more over the years. There is just something about the mix of tactical, turn-based strategy and RPG progression elements that draws me in more effectively than almost any other game genre.

So right off of the bat, Fire Emblem: Three Houses was one of my most anticipated games in years due to its pedigree. That being said, I can safely say that this release not only met, but exceeded just about all of my expectations. 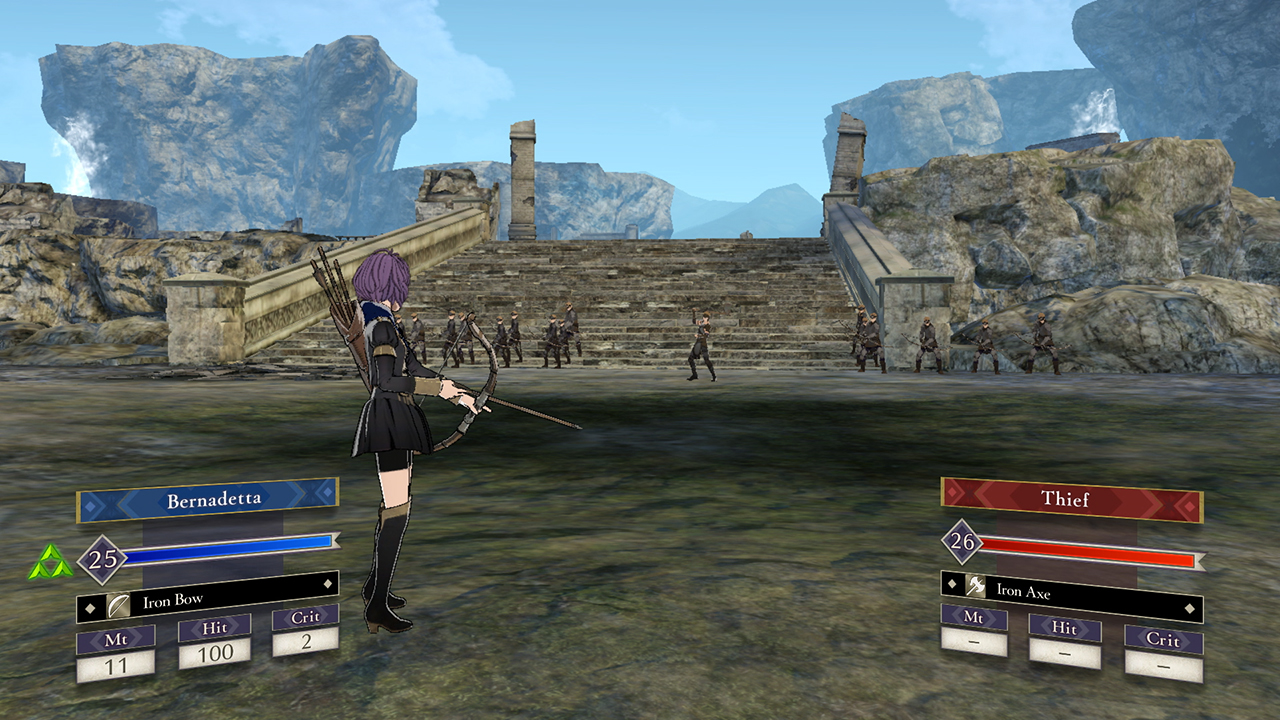 Over the last few new releases, the Fire Emblem series has really embraced flexibility. The story itself really did not change much, but the series has presented more options for character class growth, the ability for characters to form bonds and in some instances, even have kids that are influenced by those bonds. It takes a linear story and has allowed me to put my own stamp on how the gameplay pans out, if not the tale itself. The one variation to this was when Nintendo released the almost Pokemon-like Fire Emblem Fates, which came in a few different flavors with Conquest, Birthright and Revelation, presenting different characters and stories after a certain chapter as you chose from a branching path.

That was an interesting idea that added a slightly different perspective on the same story, with some new outcomes. At the same time, as good as the game was, fans were a bit miffed at the idea of having their narrative broken up between different games, and choices having to be made when you purchase and not just play the game. It felt somewhat like an incomplete package. Fire Emblem: Three Houses resolves this by having a quartet of story paths (despite the Three Houses moniker, as one of them has a fork in the road that presents two very different scenarios in and of themselves). This creates a tremendous level of replay value not usually found in the series, as each of the branches is not only a well-told story, but also presents a bevy of different characters for your protagonist to grow close to.

The characters are in many ways my favorite part of the game, which somewhat surprised me. By now the Fire Emblem series has a wide cast of characters to its credit, with some being highly memorable and others somewhat forgettable. That is still the case here, but I would say that they lean more towards the memorable side as more care has been taken to flesh out the characters than in prior games. Part of this is due to the generally excellent voice acting, and another part of this is owed to the relationship system that allows characters to get closer through a handful of different mechanisms. Some of these conversations go exactly how you would expect, while others offer genuine surprises and lots of warm, endearing moments that made me feel something for the characters. 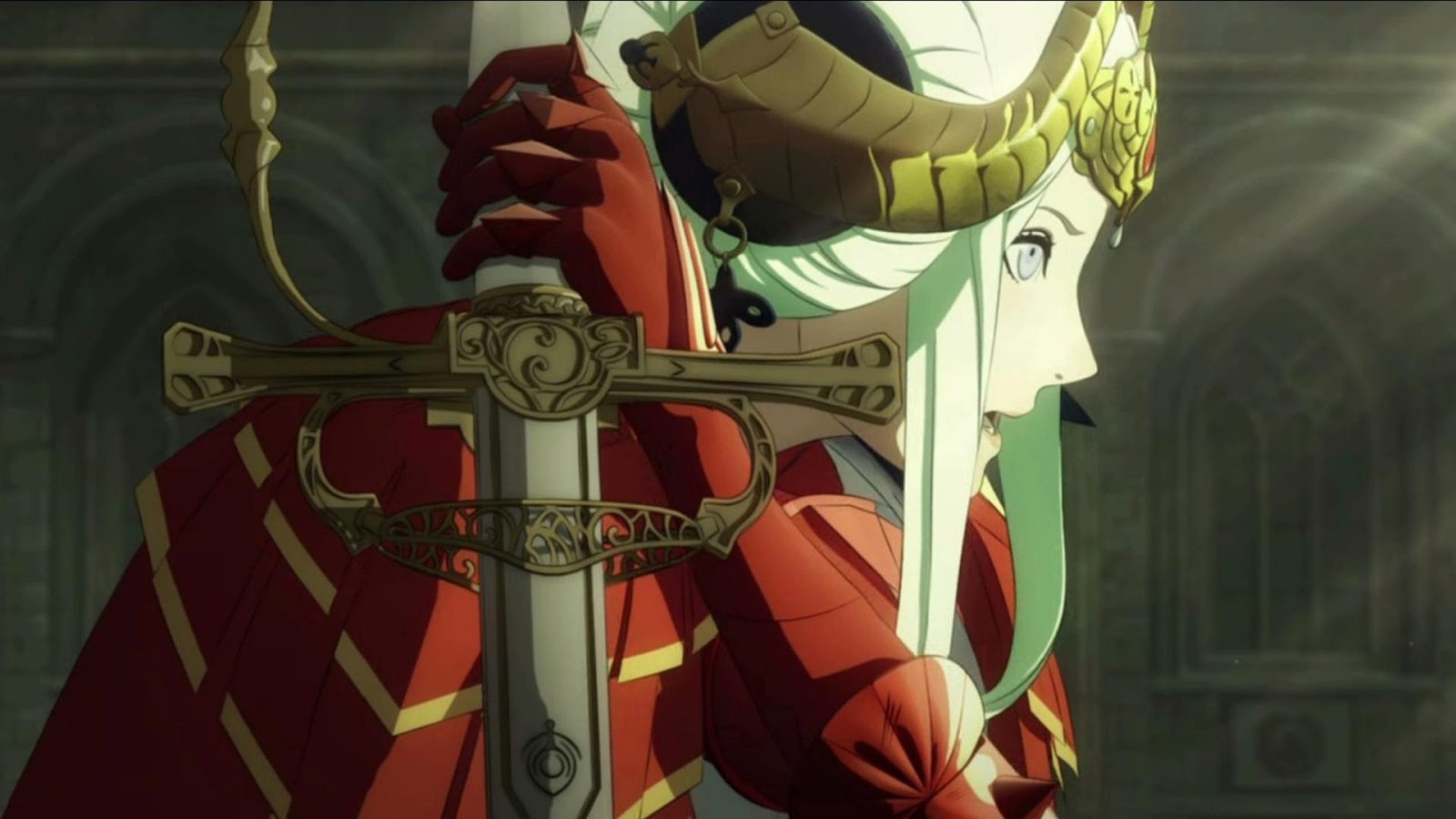 There are three houses, as indicated in the title, that your protagonist can choose from. My primary playthrough has been committed to the Black Eagles, led by Edelgard. Each one of the houses has its own cast of characters (though most of them can be cross-recruited with some effort). Some of the personalities were a bit more predictable, like the friendly but always-ready-for-a-fight Caspar, or Hubert, who is a dour, serious servant of Edelgard. Others have quirkier personalities, like Bernadetta, who never wants to leave her room, or the incredibly intelligent but lazy and nap-prone Linhardt. Petra, a princess from another kingdom who talks in stilted or broken sentences as she tries to learn the local language was one of my favorites as well.

A major component of Fire Emblem: Three Houses is how you spend your time between battles. There is a bit of a Persona flavor to how the calendar plays out. The majority of the week is uneventful, with smaller items like birthdays or a conversation between characters popping up, but on the weekends you have to figure out how you want to manage your time. Your protagonist is an instructor at a school to start, so much of your time early on is spent getting your students to improve their skills which not only makes them more effective on the battlefield, but can unlock a variety of new classes once certain skill requirements are met. Also on the weekends, you can have lunch with students to strengthen those relationships and raise their moral (which in turn makes them more effective in the classroom), go fishing, talking to a wide variety of people from all of the houses or even just focus on training your own skills up. This is all managed through a budgeted number of action points that goes up over time as you do more things that make your protagonist a better teacher. Early on progress is a bit slow, but by the end you have numerous points to put wherever you want. 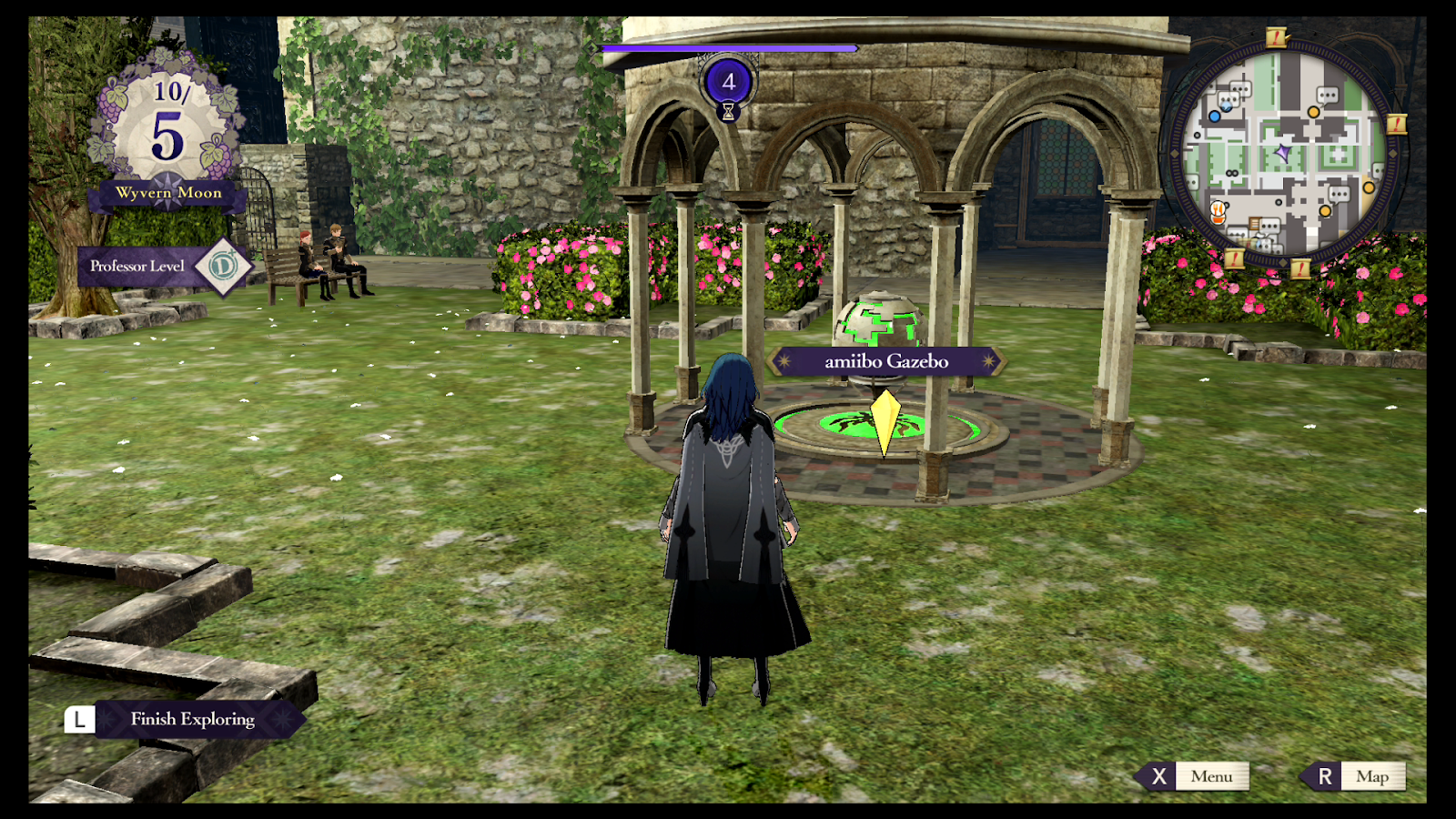 Outside of these RPG-heavy elements, we have the actual combat as well. The overall tactics will feel pretty familiar to anyone who has played prior games in the series or similar titles. Actions take place on a turn-by-turn basis. There are numerous types of classes that can do everything from strike hard and fast but are perhaps a bit squishy versus melee tanks that are slow to move around the bat. Magic users can deal damage at range and heal, archers rely on physical damage from range and so on. Nothing really is reinvented on this front, but it is all done very, very well. Aesthetically, there are some nice touches in combat as well. These have always been tales of wars, yet the focus has been on single characters. One thing I always thought Warsong did really well on the Genesis a million years ago was having the unique commander and then also troop units they were in charge of as well. You just do not see a mechanic like that in the genre very often. While Fire Emblem: Three Houses does not have that, they do put generic soldiers in the background during combat, and they get shown running away when their leader is taken down. You can assign battalions to characters as well, and they are something of an equipment items in that they give you a new type of attack and boost your skills. They, like your weapons, can wear down with use and need to be replenished / repaired. 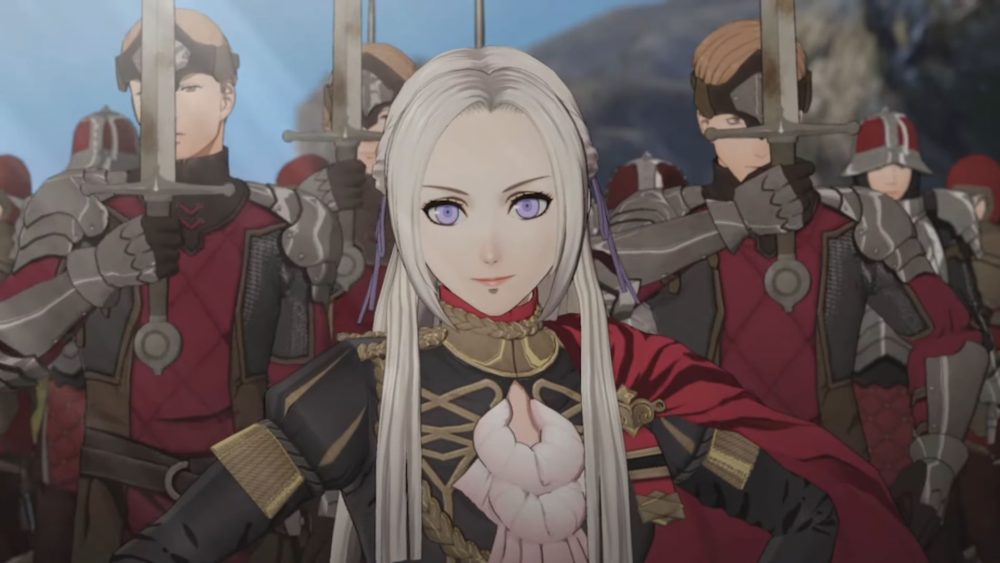 The various combat scenarios play out somewhat similarly in principle, but different map designs, treasure chests to be unlocked and pillaged, battle conditions such as not letting someone get away or allowing enemy units onto a specific set of tiles and large four-tile monsters that usually require a group of people to take down do help to keep the combat fresh from battle to battle.

In terms of the music, voice acting and visuals, Fire Emblem: Three Houses is generally fantastic. Not all of the voice actors deliver their lines equally, but on the whole they are quite good and they certainly add a distinctiveness to the characters I came to care about. Visually the aesthetic is very much anime-inspired while the music is rather memorable. 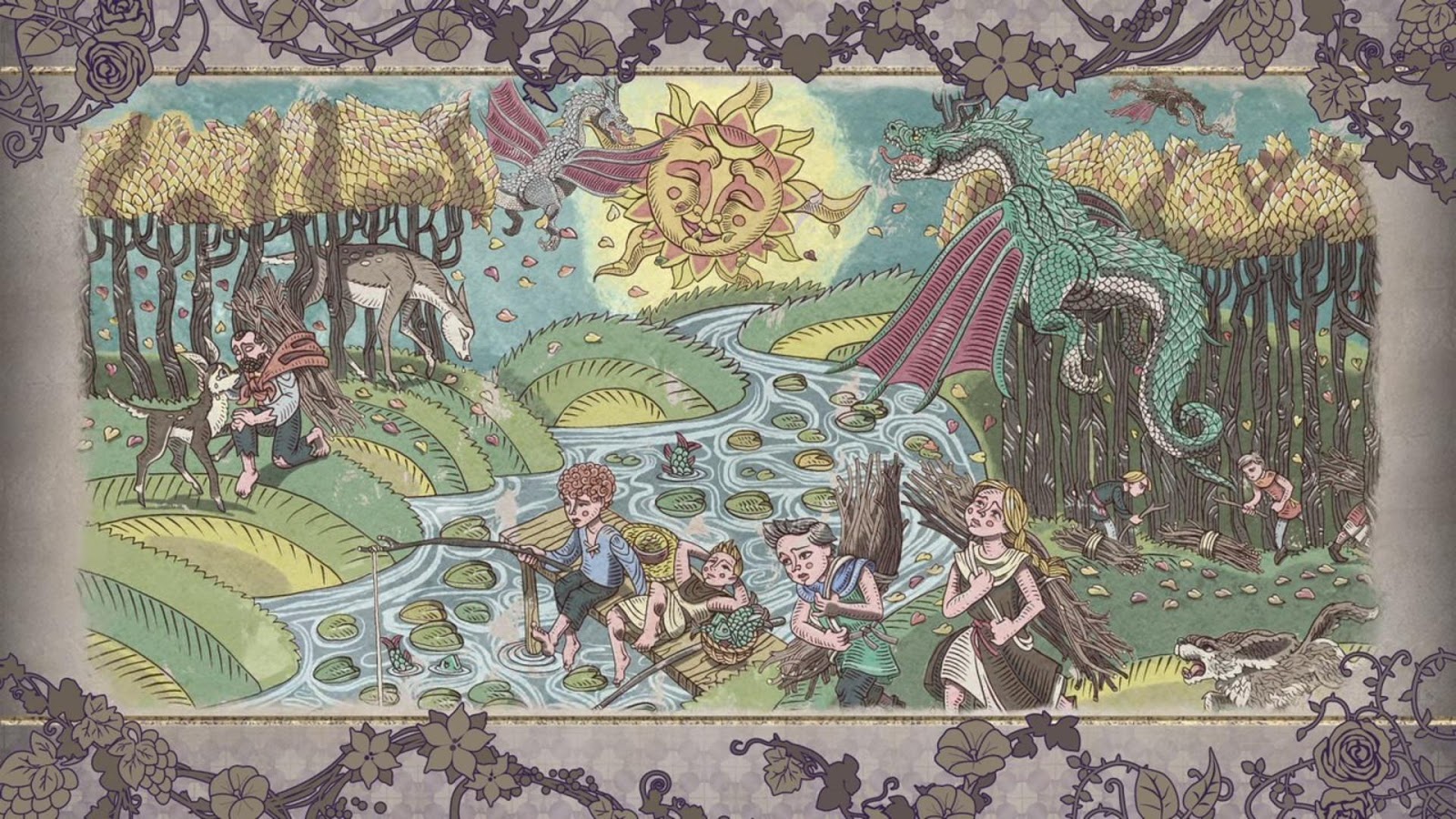 While Fire Emblem: Three Houses is not necessarily perfect? For me it is pretty close and is my leading contender for Game of the Year when we do our annual awards. The characters and story kept me heavily invested, the progression systems are varied and effectively kept dangling the carrot in front of me to urge me forward, there is significant replay value and it is all wrapped up in a fantastic presentation. It is great when a game meets my expectations, but it is better still when a title like this can exceed them.