You are reading
Ghostbusters: The Video Game Remastered – XB1 Review

Ghostbusters: The Video Game Remastered tosses you into the role of a rookie member of the team. While he may be new to all of this and have a lot to learn, fans of the movie should feel right at home with some familiar voices, faces and places from this updated release of an already entertaining title. Closing in on the Halloween season, this action game is more treat than trick.

If you missed this game when it first released on the last generation of consoles… well, you really did miss out. Sure, there were flaws in the game, but they were pretty easy to overlook due to the characters, story and generally destructive antics. Given that licensed games have come a long ways over the years, even the last ten, it is kind of surprising just how many things Ghostbusters: The Video Game got right when it first came out.

Your nameless and semi-generic newbie joins the Ghostbusters team as their rookie (more of a test subject really) who gets to use (read: is saddled with) some new (and potentially unstable) equipment. Before you can really learn how it all works, a mishap occurs and some ghosts get free. That then prefaces a trip to a familiar hotel where a certain Slimer returns to cause havoc. However, while chasing him down, the team realizes that there is more happening here than just Slimer, and this leads into a bigger story that explains how this is just the tip of the iceberg in terms of supernatural mischief. 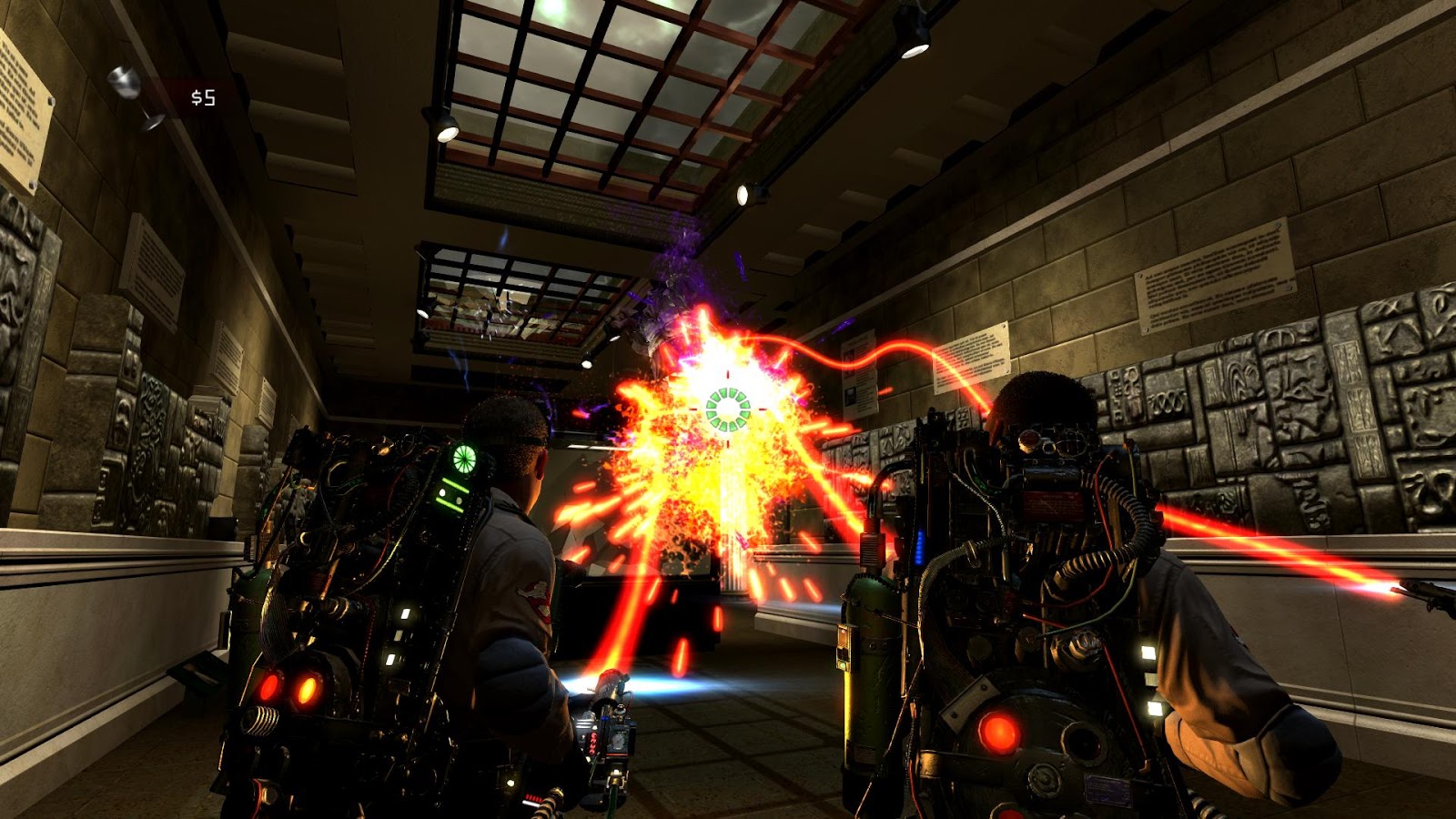 What really allows Ghostbusters: The Video Game Remastered to work so well, is that it is telling an original story while touching so many familiar points from fans of the movie that released more than three decades ago. I remember going to Ghostbusters with my dad when I was a kid. It was the first movie that the two of us ever went together, just the two of us, and it is one I still love today. So hearing the original voice actors, seeing so many of the familiar faces and locations and yes, enemies, it just put a huge smile on my face. I would love to spoil some of the familiar reappearances, but those are best left discovered by the players who fire up the game.

This remaster takes what was already a good game and makes it look and play better than ever. Of course, one could argue that a game from last generation can look pretty rough at times by modern eyes, and that is still true here. While this is a sizable graphical leap from the game’s original release, character models (and in particular facial expressions) can look a bit rough. The other surprise to me is that somehow the game’s loading times do not appear to have improved much, if at all.

In terms of what you do while playing, there are a handful of elements worth exploring. The first is the exploration aspect. You have a device that allows you to track paranormal activity. It helps during the stages that are a bit more open and encourage exploration. Sometimes you will find some spooky customers, sometimes you will just find some haunted relics or piles of goo left by another specter. Where things get really intense is when you actually encounter a ghost. Early on they are pretty pedestrian, and do not do a whole lot more than flail about in a limited range. Later in the game, the ghosts can put up a better fight and force you to be a bit more creative. 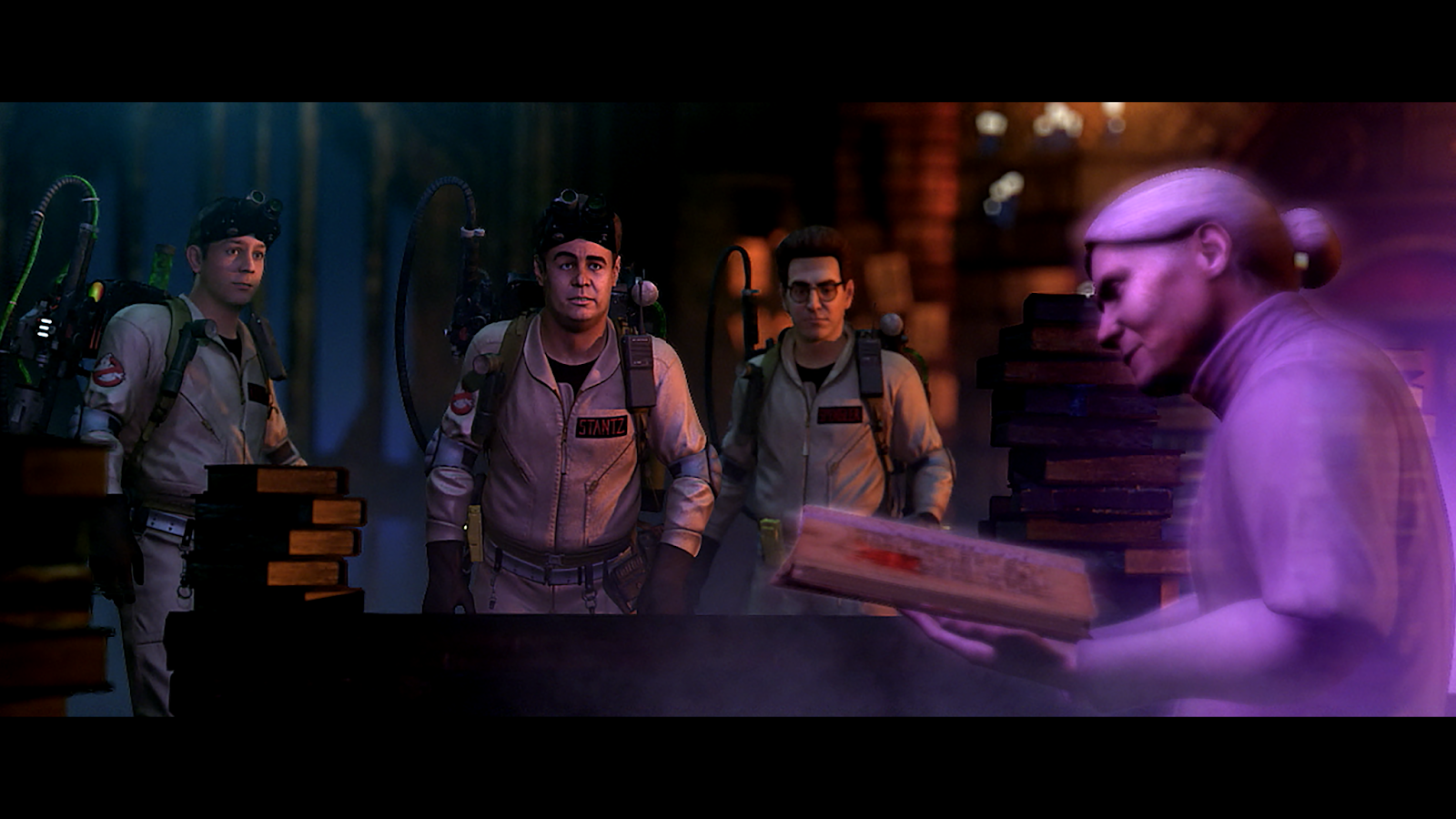 When you break out the proton pack and start firing, Ghostbusters: The Video Game Remastered really breaks out the chaos. First of all, wrangling ghosts is no easy task. You have to wear them out, then you need to draw them over the traps that will hopefully pull them in before they break fee. Also, true to the movies, these proton packs can do some serious damage to the environment as well. Scorch marks, disheveled plates and small burning flames are often left in the wake of proton streams.

There are some RPG-like elements baked into the game as well that help to keep the proceedings interesting. You can unlock upgrades to your scanning, trapping and zapping arsenal. The game allows you to make money for this research (while also tracking how much collateral damage you cause along the way as well). This, combined with the different ghosts encountered, help to keep the gameplay fresh throughout.

There are a handful of knocks however, that should be addressed. Aside from how this title has some spots where visually it has not aged particularly well, there was a multiplayer component in the original game that was surprisingly fun and even more surprisingly not present in this remake. Generally when a game like this gets remastered, features are added, not taken away. There are a handful of small issues that can creep up along the way as well, such as needing to use a trap in a specific area of the story, but if you accidentally launched it earlier? Well, now you have to restart from checkpoint. This happened to me somewhat early on, and a quick Google search showed I was not the only one who experienced this both on the original game and this update. Thankfully checkpoints are pretty frequent and they reload you with the things you need in this situation, but it was still a bit frustrating at first to know that I had accidentally goofed up the heavily scripted flow of the storyline by hitting a button at the wrong time five minutes prior. 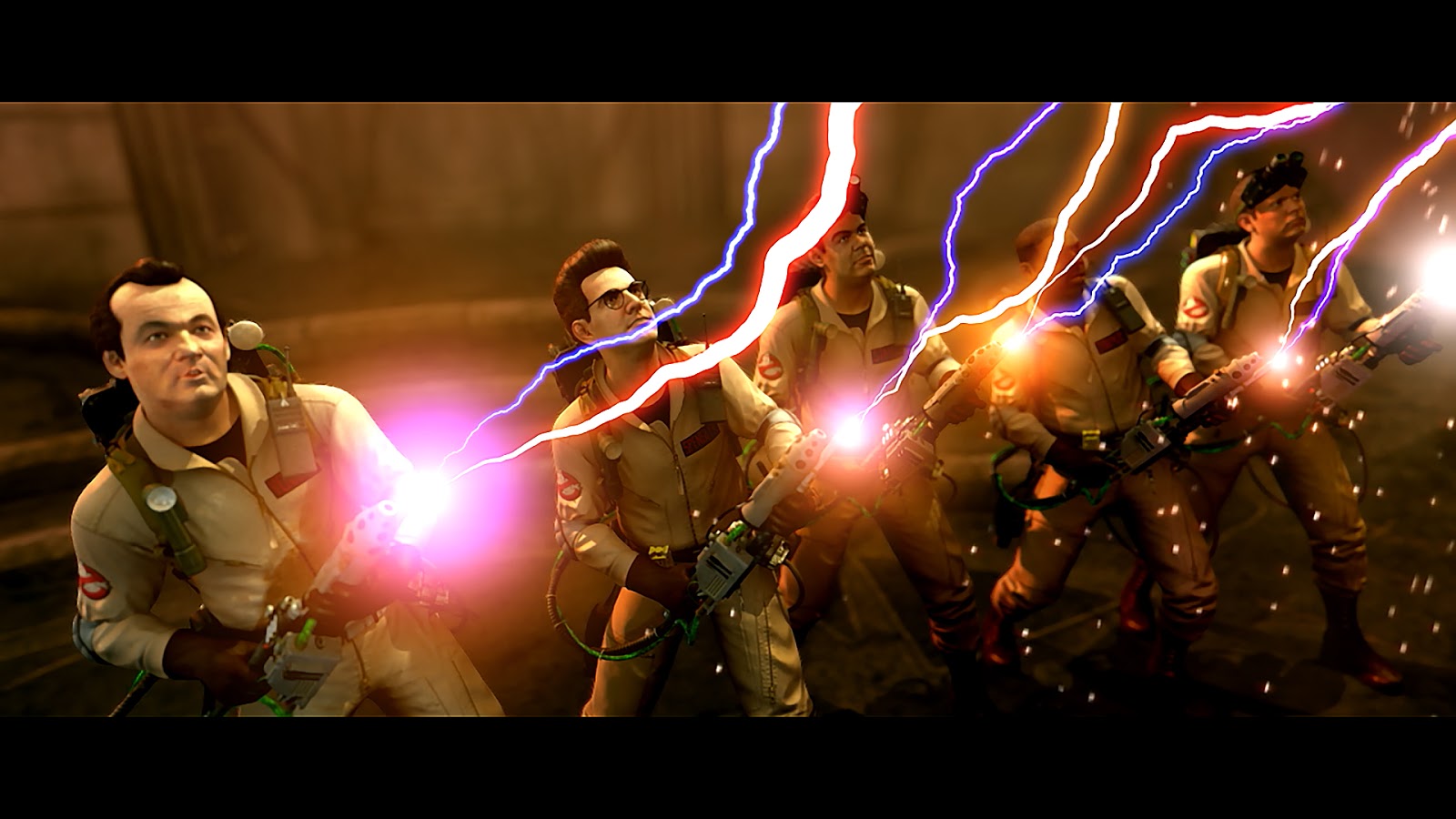 Those quibbles aside, Ghostbusters: The Video Game Remastered is a welcome treat this close to Halloween. Having the likenesses and original voice actors reprising their roles in this game when it first came out was a major win for the development team, and it still puts a smile on my face today. The shooting mechanics are a bit clumsy, but that plays into the collateral damage aspect of the game, which is hilarious at times. Some aspects have aged better than overs, but overall fans of the Ghostbusters franchise will undoubtedly enjoy what this game has to offer.