You are reading
Stranded Sails: Explorers of the Cursed Islands – PS4 Review

Setting out with your father on one type of adventure, you’ll soon find yourself and the crew of your father’s ship stranded on a desert island after the ship you set sail on capsizes in the middle of a storm. Now stranded on a set of relatively warm and sunny islands, you’ll be building shacks and making food for everyone as you could be here for a little while.

Coming right out and saying it, Stranded Sails is probably one of the most relaxing games that I’ve played in 2019. Having thought that I was going to be getting into a survival for dear life, I was instead treated to a rather light and easily paced simulation experience. Starting off with nothing more than your now bedridden father and two others, you’re going to slowly get around to growing crops and building shacks for each crew member to live in. It’s fairly straight forward and while there is a fair amount of emphasis on the exploration, the key is experimenting with cooking and building up other materials. 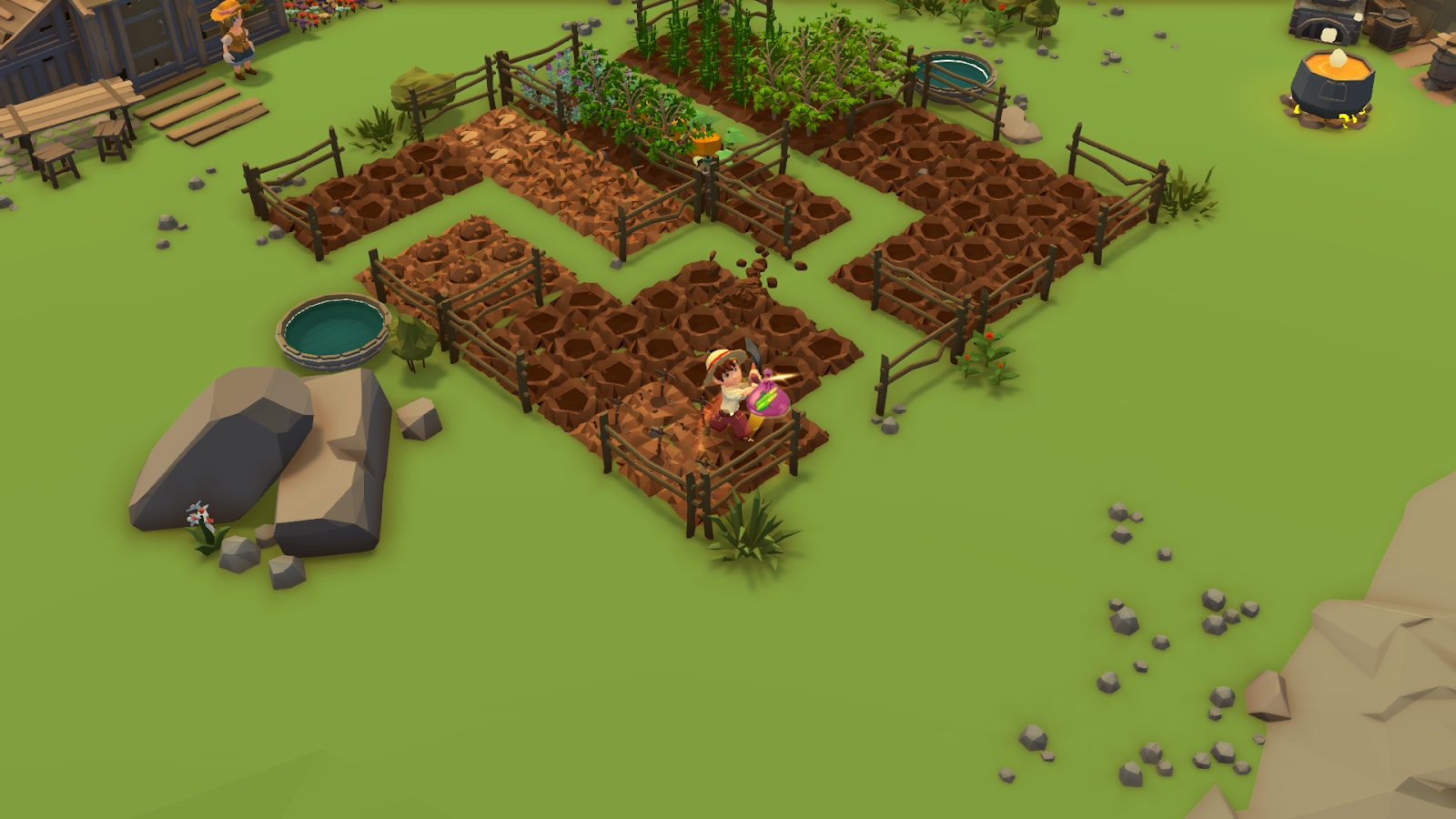 Starting off with learning to move around, the only thing that you’ll ever have to concern yourself with is the stamina meter that tells you how much more you can do before passing out. Walking, running, digging the ground with your shovel, chopping trees and just picking things up, each has a varying stamina cost as certain actions will obviously take more out of you than others. While your mind may be tempted to go the route of Harvest Moon or Stardew Valley, management of your stamina is actually quite easy and only gets easier as hours move on.

In the beginning you’ll have to head to bed to replenish your stamina once it gets low. A bit of a nice touch is that going to bed only makes the hours go by, it doesn’t actually make it skip to the next morning. This means that you aren’t wasting loads of time, but neither do you need to worry about it as days don’t actually count for anything out here. It’s really more of your hands are always on your controller and you can just get up and go when needed. There is a benefit however to sleeping to the sunrise as it gives you an added bonus to your movement which makes your stamina degrade slower. For everything else? There’s the food that you’ll be making.

Once you’ve gotten around to plowing a bit of your vegetable garden and planting corn followed by carrots, onions, potatoes and eggplants, you can start making food. In the beginning, food is only really for you, not everyone else, as you’ll be bringing your dishes with you in order to replenish your stamina once you’re far from base. As you’ve progressed a bit further and have gotten the hang of planting each type of vegetable as some renew while others need to be dug out and replaced, you get access to a cauldron that allows you to make stew for everyone. This stew lasts for hours at a time and while it feeds the crew that you’ve rescued, it’s really for you to avoid needing to sleep and to gain other bonuses before heading back out in the wild either to search for those still missing or materials that you need to build something new or getting your hands a little dirty with enemies that show up WAY down the line. 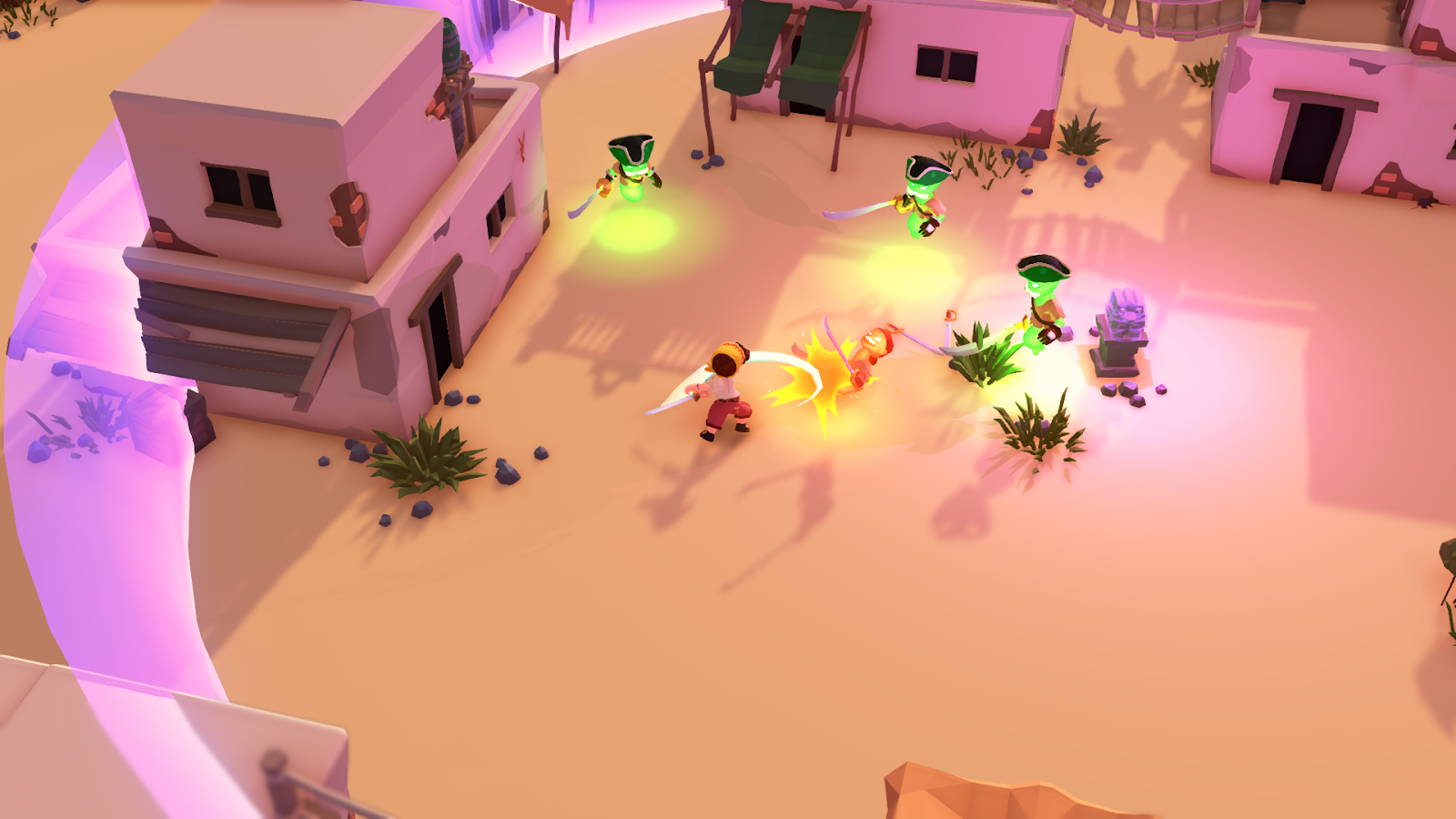 Stranded Sails: Explorers of the Cursed Islands is a fun and relaxing title that allows hours to simply tick past as you walk / run or row your boat from one island to the next. Exploring sandy shores is just as relaxing as going into caves or fishing underneath a stone outcrop. There’s nothing really hard about it as everything will come to you in time, you just need to get there first.