Dusk Diver is an interesting beat ‘em up style game. It’s a little campy, way over the top, perhaps a little short, but ultimately something I loved playing. Dusk Diver has a lot of drive going for it, and while it is held back by a few technical issues, some transliteration, and a feeling of being not quite “whole”, Dusk Diver is sure to provide lots of beat ‘em up fun with the energetic main character Yumo and her supernatural assistants.

The story starts with high schooler Yang Yumo who’s about to graduate and isn’t sure what to do with her future. She goes to Ximending, which I believe is a rather famous shopping district in Taiwan, when her and her friend Yusha (or Yusa) end up in the world of phantoms, Youshanding. After being helped by a gangster looking guy, Yumo ends up absorbing his powers, turning him into a cute little lion spirit. Now that the local guardian deity’s powers are being held by Yumo, and her now flaming hair (literally), it is up to Yumo to prevent the phantoms from breaking through the dimensional cracks and invading Ximending.

Unfortunately, you don’t really learn too much more about the plot. Yeah, there’s a story line spread over a bunch of missions, but it feels…ended, and not complete. While all the characters seem to have some intricate backstory, it comes to a halt before ever really resolving anything, or truly getting to know them apart from some fairly surface level points. Even the main overarching plot feels like it ended just as it was getting going. It still is “wrapped up” decently enough, I suppose, but ultimately the game feels like you’re only getting half the story. I suppose it’s reasonable that the game price is about half of what you’d expect from a new game, but while the game does feel “finished”, it doesn’t feel complete. Ultimately my biggest gripe with the game is that I wanted more. More story, more character development, more explanation as to what exactly is going on in the in-game world. It set itself up wonderfully for a sequel though, so here’s hoping it comes out as a sort of instalment style deal. 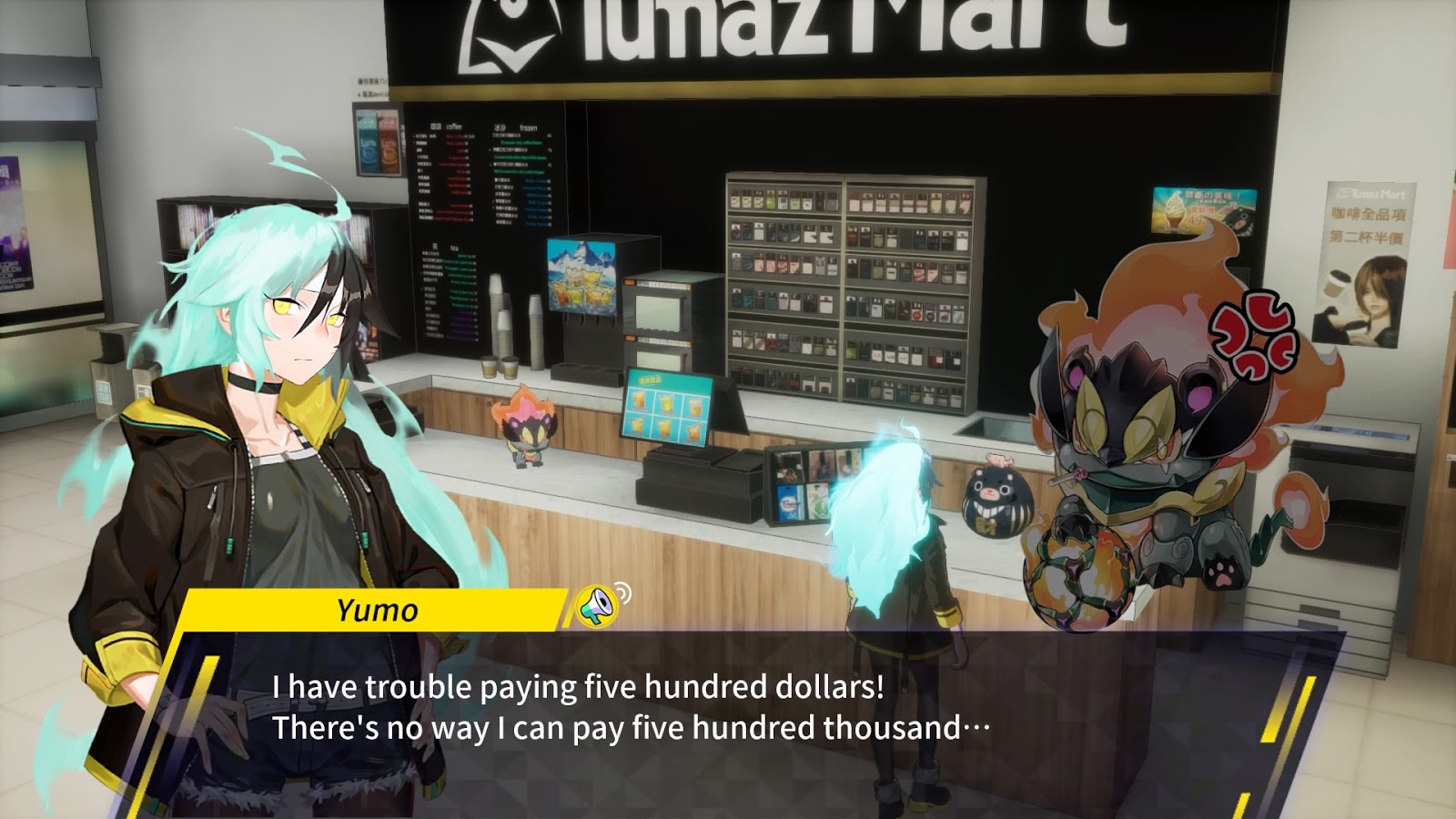 The main plotline aside, all the individual characters are pretty standard tropes. You’ve got the tough guy who actually likes sweets, the handsome thin teenager who’s a little bit ditzy, the sexy “older sister” character who you don’t really want to mess with, and a token mascot/sealed character. The thing is, all these characters are so over the top that it actually works. The game isn’t really about taking itself seriously, it’s about beating up some phantoms and running errands for the local townspeople, because yes, that’s what you’ll be doing half the time. Gameplay is roughly divided equally between combat missions in Youshanding and running errands for people in Ximending. While running errands, you normally just go to different places around the shopping district and talk to people or beat up some phantoms or do a little mini-mission. The developers were quite benevolent here, as side quests aren’t shown on the map initially, but after starting one your goal will be displayed as long as you check on your sidequest progress, which is quite handy before you figure out the layout of the town.

While wandering around town helping out the populace, you may find glowing rocks (dragon vein stones) hidden in some really weird or really obvious places. These rocks are needed to open up story missions, so if you don’t have enough, you’ve got to replay stages for more dragon vein stones or help people out a little. The stones aren’t consumed, more used as a counter, and if you’re anything like me, your inventory will exceed the required number to open up the next story mission by a large amount. The last mission requires less than 60 stones, and I held about 100 by the time I got there, so there are plenty of stones to go around.

Missions in Youshanding are of the combat variety, where you’ll probably want to be getting into. Combat is both standard beat ‘em up whith light and heavy attacks mixed into combos, but is also rather unique in the sense that your partner guardians can be summoned during battle. While there are the standard summons as “big attacks” and “small attacks”, if you perform a “combo summon” at the end, or middle, of a combo, the move that the summon will perform is different. This is pretty interesting, because my playstyle actually drastically changed depending on which guardian I was using, as they all have a different focus. 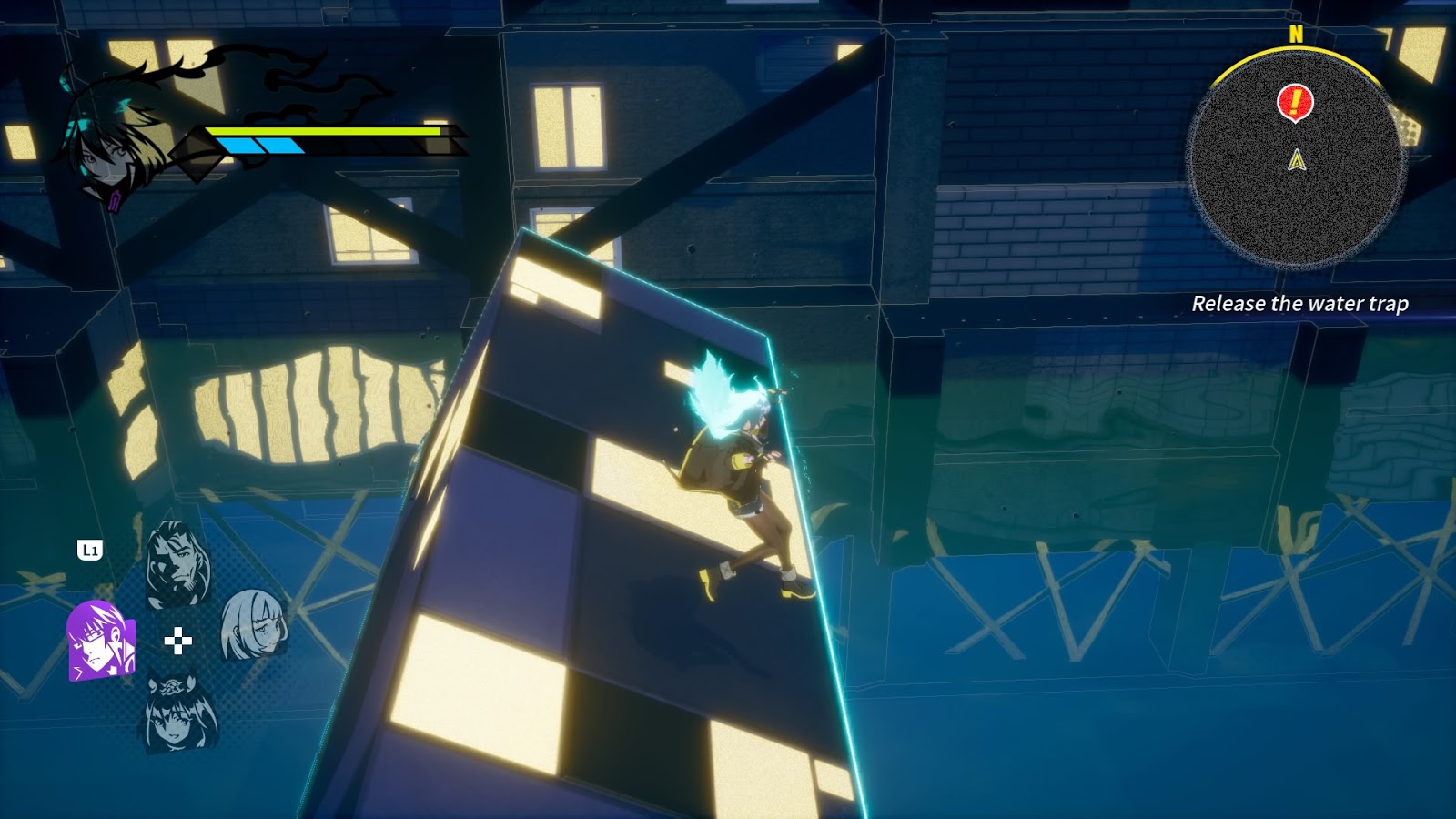 Combat is bolstered not with the standard leveling system, but rather you earn skill points every time you complete a stage for the first time, or find a dragon vein stone for example. These points can be used to upgrade Yumo’s and the guardian’s stats, or increase Yumo’s combo counter. In this case, I guess that means watching fighting movies, because Yumo learned all her skills from TV. In addition you’ve got a, and I’m pretty sure I’m quoting here “anime girl mode” where you do a lot more damage and can release a finisher, which is really helpful for the tougher enemies and bosses.

For a game that came from a developer I had never heard of before, the art style and music isn’t that bad. The music isn’t anything to write home about particularly, but it didn’t drive me insane either, and the art style is pretty, if nothing else. The character models actually felt rather well put together, even more than some bigger name titles that I’ve seen. The game isn’t without its setbacks however, as it normally takes a little while to load textures properly, as most of the time I was left with a blurry polygon for a while until the textures rendered. The text is also…liberal, let’s say, in the translation quality. It isn’t exactly “Google Translate”, but it certainly isn’t “localized” either. A couple of text boxes even displayed source code instead of the desired text, although it was still legible and I found it kind of funny. 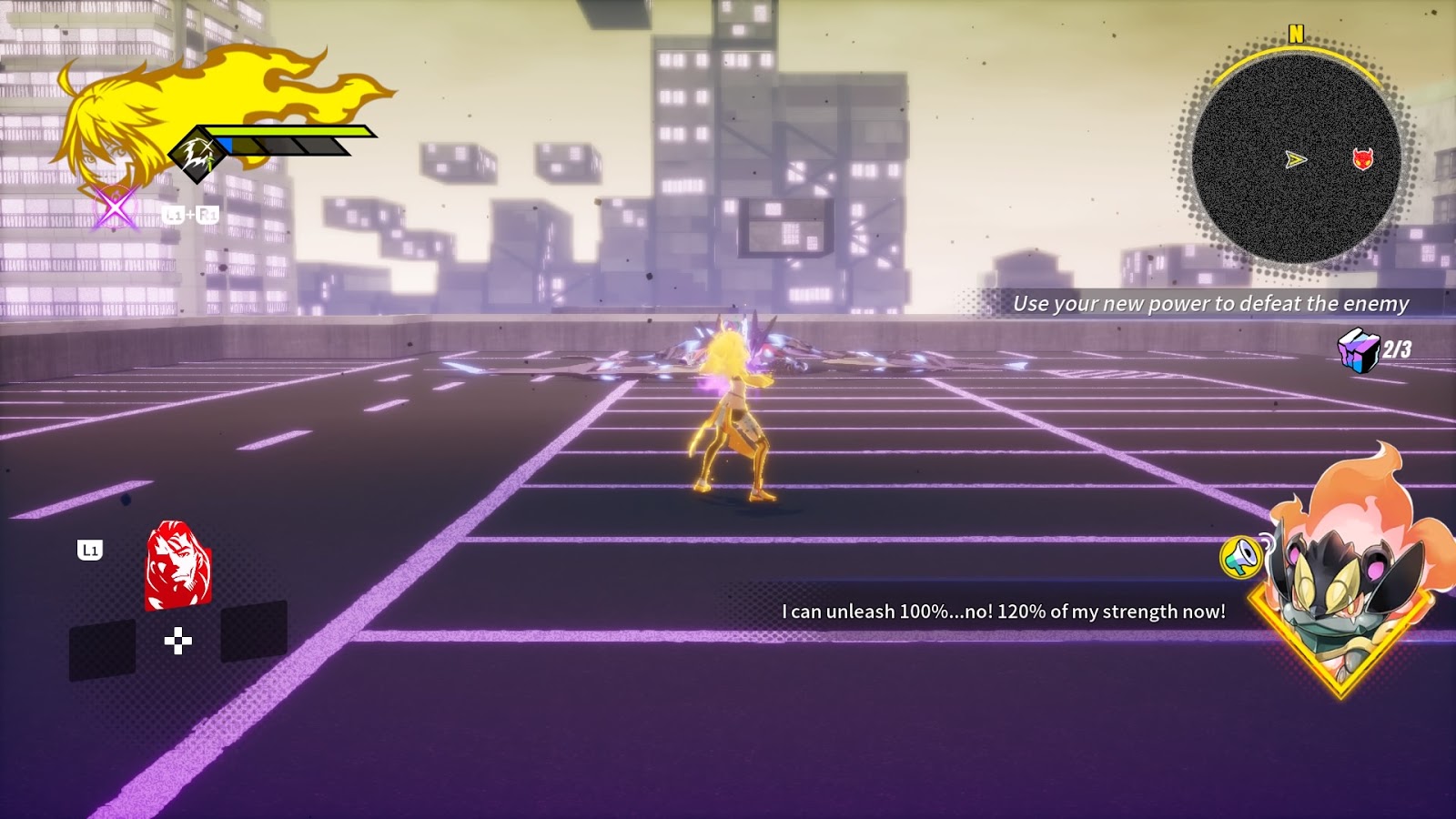 The games has its upsides, as missions are short so you can play it sort of as an “episodic” style game, especially if you pick up the Switch version, and most stages end right when you start wanting them to. The stages are also varied in nature, ranging from standard “beat down the enemies”, to warp labyrinths, toa platforming section. Screw the rotating Mario Sunshine bricks, by the way. Unfortunately the game also had a penchant of crashing on me about five or so times. While normally that would be rather condemning for me, the fact is the developers threw in an autosave that activates so often it actually didn’t bother me, as the crashes only happened upon entering a stage or completing one, after the autosave finishes. Sort of net neutral I suppose.

The load times are a little long, and there isn’t anything that really indicates you’ve made a choice when selecting a stage or saving, other than stuff in the background stops moving for five seconds. And why the heck isn’t the cursor location remembered in menus? If I’m looking through the artwork and halfway down the list in an album, when I leave the album I want to be halfway down the list, not back at the top again. Perhaps a petty gripe, but it still bothered me. Of special note is that the gacha items in the game aren’t actually “random”, or rather, once an item is removed from the pool, it stays removed, which me and my bad luck rejoiced.

Dusk Diver was a lot of fun to play. While it does feel incomplete from a story perspective (heck, there’s even an extra inventory tab that looks like it’s for crafting materials, not that I ever picked anything up that went in there), it doesn’t feel “unfinished” as a game. There’s glitches and some wonky translations, but the characters were funny and the gameplay certainly had a solid foundation. Ultimately I finished the game thinking “I want more” rather than “it’s finally over”, and that’s pretty telling right there. I really hope to see a sequel in the future, where I can take Yumo and her flaming hair out into the world once more.