Dusk Diver is one of the latest 3D brawlers to his the market for fans of the style. Set in the fictional city of Taipei, you’ll be helping out the normal people in the real world while also protecting them from phantoms that exist in a parallel one that has started to bleed over as the job is getting too big for the local deities to handle. Playing as the normal high school girl Yang Yumo, she’ll soon learn that not only can she accidentally absorb these deities’ powers and not give them back, but all of those kung-fu movies she watched are going to be the only thing between life and death as she’ll need those moves to stay alive.

Dusk Diver for me was certainly a guilty pleasure. Not only is it a 3D brawler, but it incorporates elements of a musou style without actually giving up what it was striving for. A good old fashioned beat ‘em up with more foes than you know what do with at times. Playing as Yumo, there are two distinct gameplay styles in which one will see you exploring the human world where you can buy items, outfits and complete side quests, while the other hosts a very satisfying combat system.

Running around the city is easy enough in which most people will be colored shadows blending together until you get close enough. Whether this was a design choice to increase performance or just a design choice, it looks nice and gives the world a bit more vibrancy. The quarter of the city that you’ll be spending your time in isn’t the biggest but nor does it need to be as the bulk of the gameplay will be in the other realm and within those maps you’re never sure what’s to come until you get there. 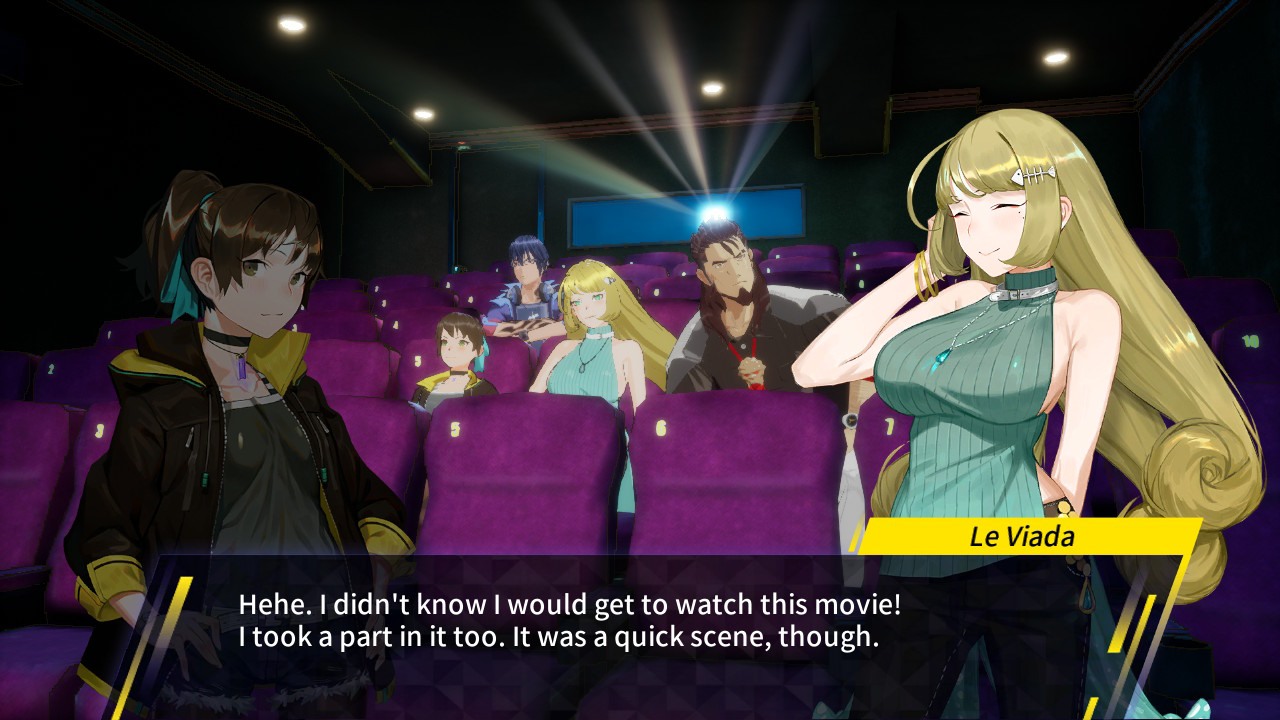 The streets are easy enough to find yourself and are generally littered with stores and shops that once you’ve bought even of their merchandise, you can then order it from your home base that resides in a convenience store. What I enjoyed was that items were never too expensive and most serve an actual purpose. Buying food will grant bonus for combat whether for attack, luck or drop rates. It can also accelerate the accumulation of SP for you or for the guardian deities that you alongside with. So having all of these available for purchase in one spot after you’ve earned the privilege for it makes it easy especially when heading to the other realm to grind either off of bonus missions or ones that you’ve already completed.

Getting comfortable with the city is important because while you won’t technically spend too much time in it, you’ll want to visit all of the shops for the reason above as well as simply explore to tackle some side quests. Some of these quests are really nothing more than to add a bit of enjoyment between the characters as it adds some dialog that you wouldn’t see otherwise. The other reason is because a good chunk of these quests will net you dragon vein stones that are required to move the story further and while you can pick these up while in the actual missions, you’ve really got to look for them and with a general maximum of three? You won’t be going very far.

The missions themselves once you switch realms are pretty standard. You go in, you kick the crap out of anything that shows up, and you move on. Honestly? There’s nothing revolutionary about the combat system but it’s so damned fun that it doesn’t need to be because of how satisfying it feels. Hitting your enemies feels like you’ve actually HIT them and the vibrations in the controller only help to accentuate that fact. Normal attacks will have Yumo’s hands and feet flurrying out while her heavier attacks are slower but perfect in order to break an enemy’s guard. 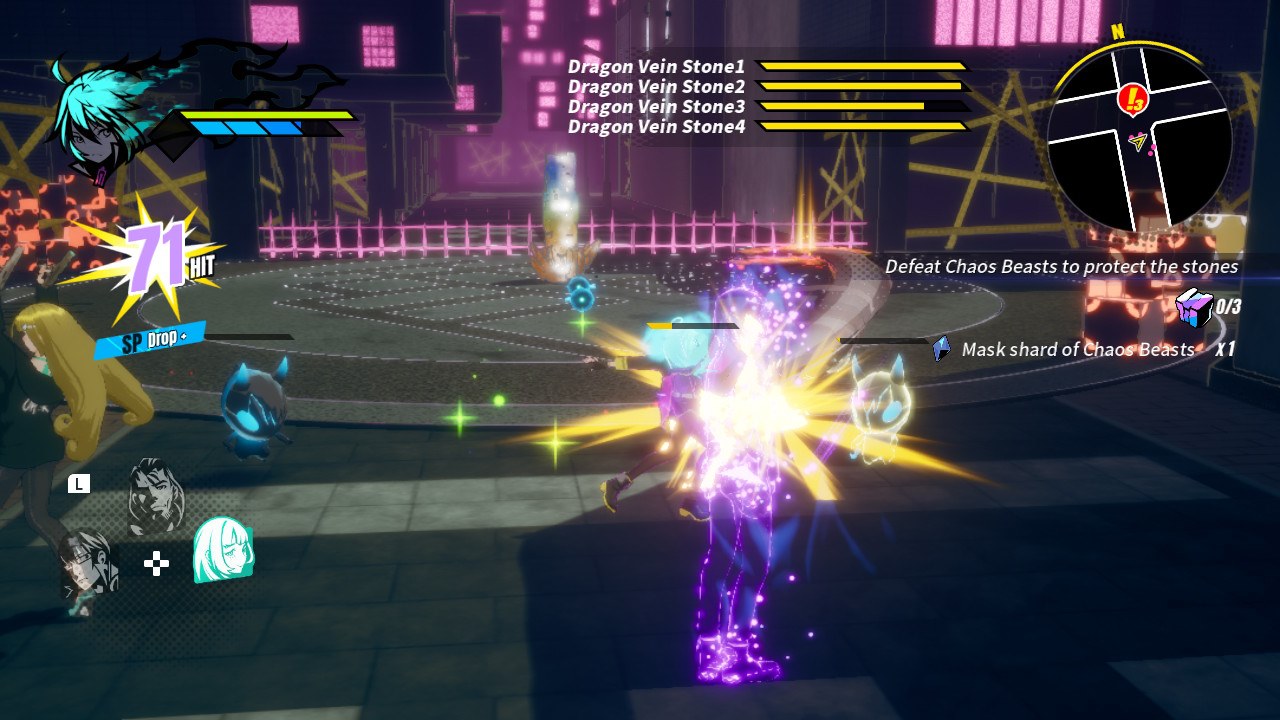 It’s a good thing that Yumo doesn’t have to fight alone however as while she can boost her stats, fighting alone could have been tough in certain circumstances. A nice touch is that Yumo fights alongside the deity guardians that lend her their power… well lend being a strong word as she kind of absorbed it all. Regardless, she doesn’t have to pick one as once they’ve joined, they’ve joined and they are right there beside you. Not having to pick between them for missions was great, but more than that, each can be summoned one after the other to perform their own moves as long as you have enough gauge segments in your combat meter filled up.

Leo the lion is perfect for breaking guards on tougher enemies that Yumo herself may have a hard time to crack. Bahet the bat with his scythe is perfect to raise the combo counter for bonuses and to hit multiple enemies at a time while finally Le Viada the fish has pinpoint attacks that bypass an enemy’s guard and simply go straight for their health. While each of these three guardians are performing these moves, Yumo is free to pound away in the same or in a different direction. It’s these small adjustments that make it more than just the standard beat ‘em up and when you add in some platforming and puzzle solving elements? You have the recipe for a pretty fun time.

The only real issue that Dusk Diver has is that it can feel a bit slow and I’m not talking about the default movement speeds before you get Yumo to run. Performance wise, the Switch may not have been optimized enough to run all of the things that can appear on screen at a time. So other than that and that the graphics are not always the crispest, that’s about it. The rest speaks for itself. 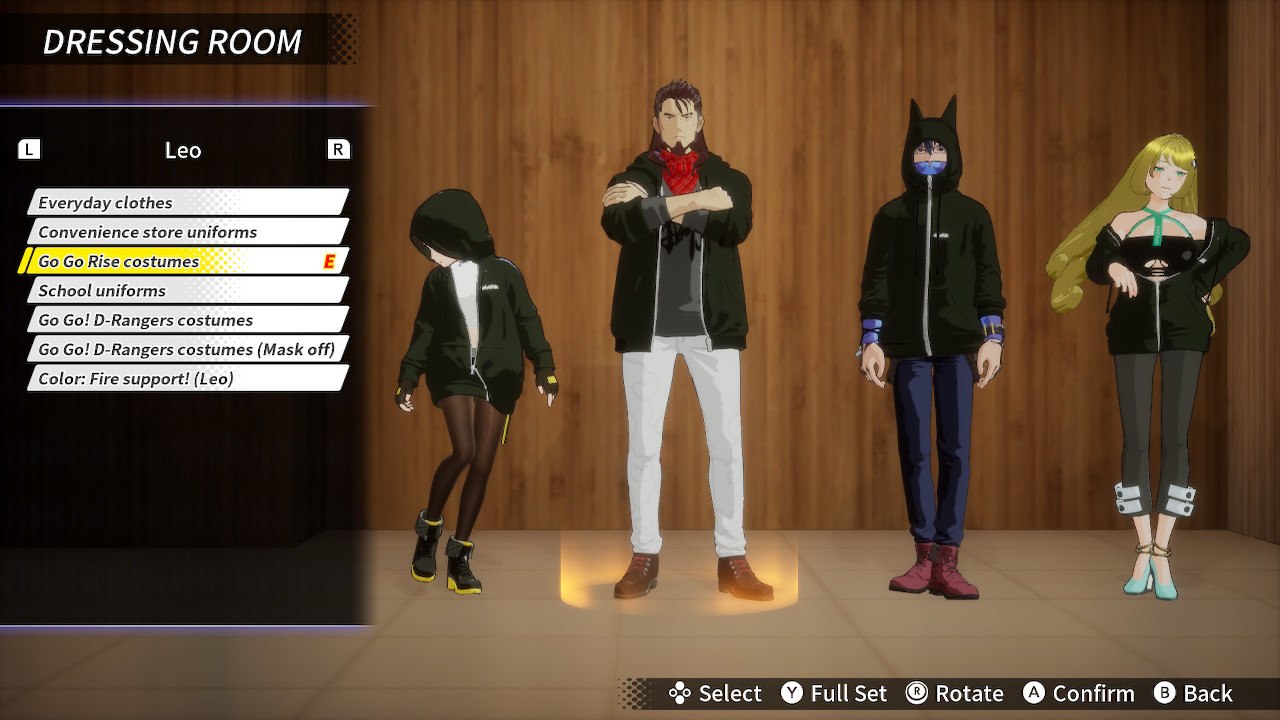 If you’ve been craving a good beat ‘em up as they seem so few and far between these days, Dusk Diver is the title for you. Bits of side quests mixed in with a fun story and a fun combat system, there’s more than enough to keep you busy for a while!