The Mortal Kombat games have a creepy, gruesome aesthetic that lends itself to the horror of Halloween season. I hop on to play this title still just about daily, and the newly released Terminator character has given me good reason to spend even more time with this title than usual of late. Combine that with the divisive (yet in my opinion, delicious) pumpkin beer season, and we have our next seasonally appropriate entry into Beeps and Beers.

Now, it could be argued that not reviewing Mortal Kombat X’s DLC characters is about as big of a missed Halloween opportunity as any, given the inclusion of Alien, Predator, Jason Voorhees and more. However, Mortal Kombat 11 (which we did not get a review copy of and did not get around to reviewing earlier this year) still has plenty of spookiness to it due in large part to its Krypt.

The traditional Mortal Kombat modes and characters are back with some new additions. There is a continuation of the story mode that really helped breathe a lot of life into this series back when the remade Mortal Kombat released last console generation. It took elements from the franchise’s canon, mixed them up with some new ideas and instead of having you simply play one character to their ending, had users swapping in and out through the majority of the cast along the way to a proper, canon ending. That has allowed the franchise to more easily add new chapters to the tale with its subsequent two releases, and while the story in Mortal Kombat 11 is not as strong as the last two games, it was still entertaining with some surprises along the way. 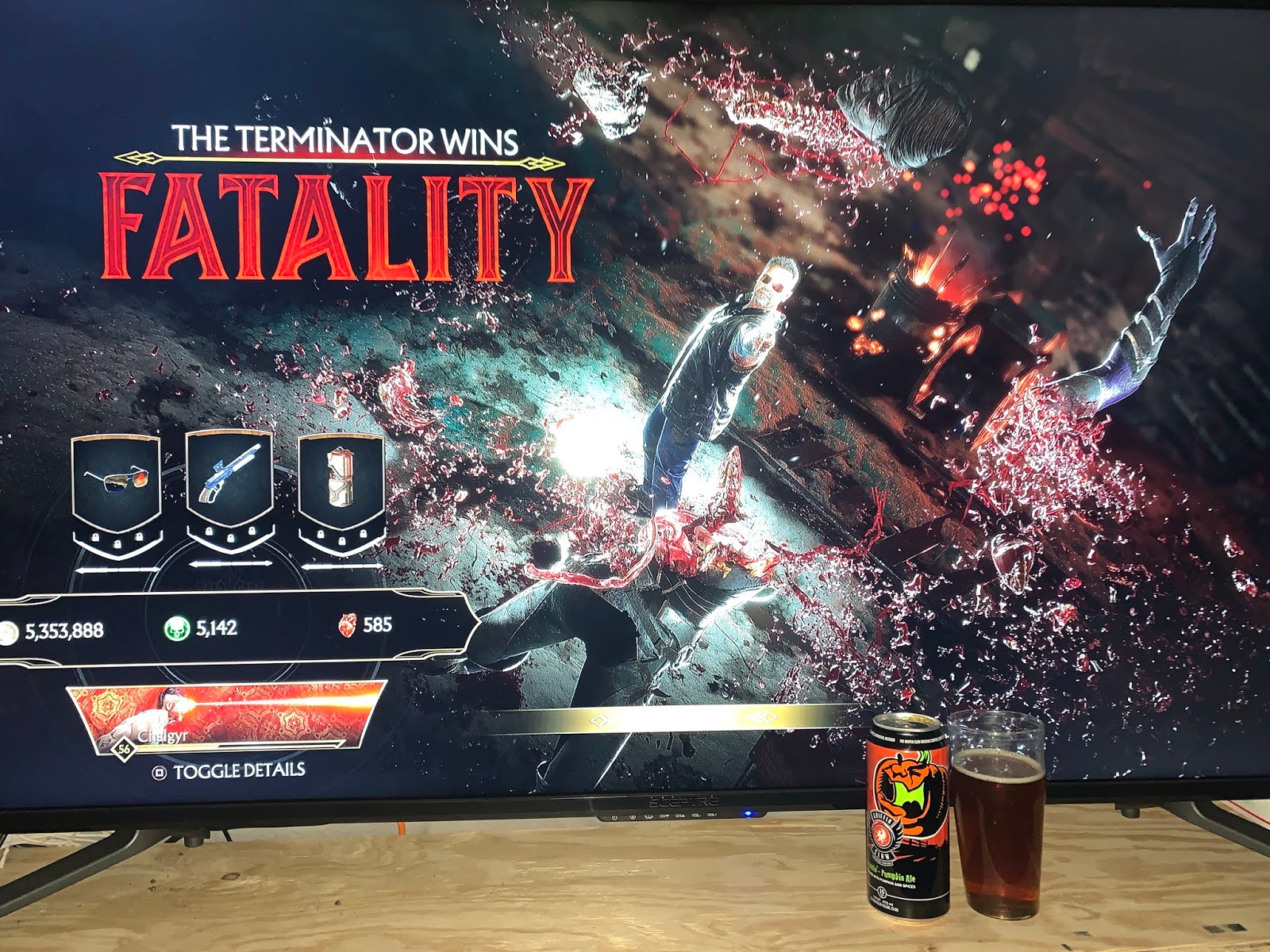 However, there are some other familiar modes as well. Of course, you have online competitive matches, which really helps to stretch the shelf life of any fighting game. There is the arcade-like towers of old that let you take a character through towers of differing lengths and difficulty to unlock ‘what if?’ style endings for each one. There is an online battle mode where you construct an AI team of three to take on opposing AI teams for daily rewards. There are numerous customization options that can impact not only the appearance of your favorite characters, but also grant them small augmented perks as well. This is probably one of the best progression mechanics found in Mortal Kombat 11, and it is fed into a couple of different ways.

The aforementioned AI battles are all well and good, but the rotating towers is really one of the best ways to gain gear. Some of them are unlocked via earned items or by spending some of the coins earned through gameplay, and others rotate in and out with a variety of different challenges, rewards and opponents. This is where it can be easy to sink a lot of time into the game and where I have experienced the most replay value. As there are daily login and accomplishment bonuses, it becomes a quick and easy spot to grab a beer and hunker down for some butt-kicking.

One of my more common go-to beers this time of the year is Screamin’ Pumpkin Ale by Griffin Claw. There are quite a few other Griffin Claw beers I like, from Norm’s Raggedy Ass IPA to their various boozier bourbon barrel aged stouts (in particular, their coffee stout which is one of my all-time favorites). Here Screamin’ Pumpkin Ale is described as an amber ale with roasted pumpkin in the mash which then has ginger, nutmeg, allspice and cloves added. Pumpkin beers have a tendency to go towards heavy on spices or heavy on sweet (like those that try to recreate pumpkin pie with additional flavors of vanilla and graham added). Despite not having those elements added, Screamin’ Pumpkin is still a bit on the sweeter side thanks to the various spices. 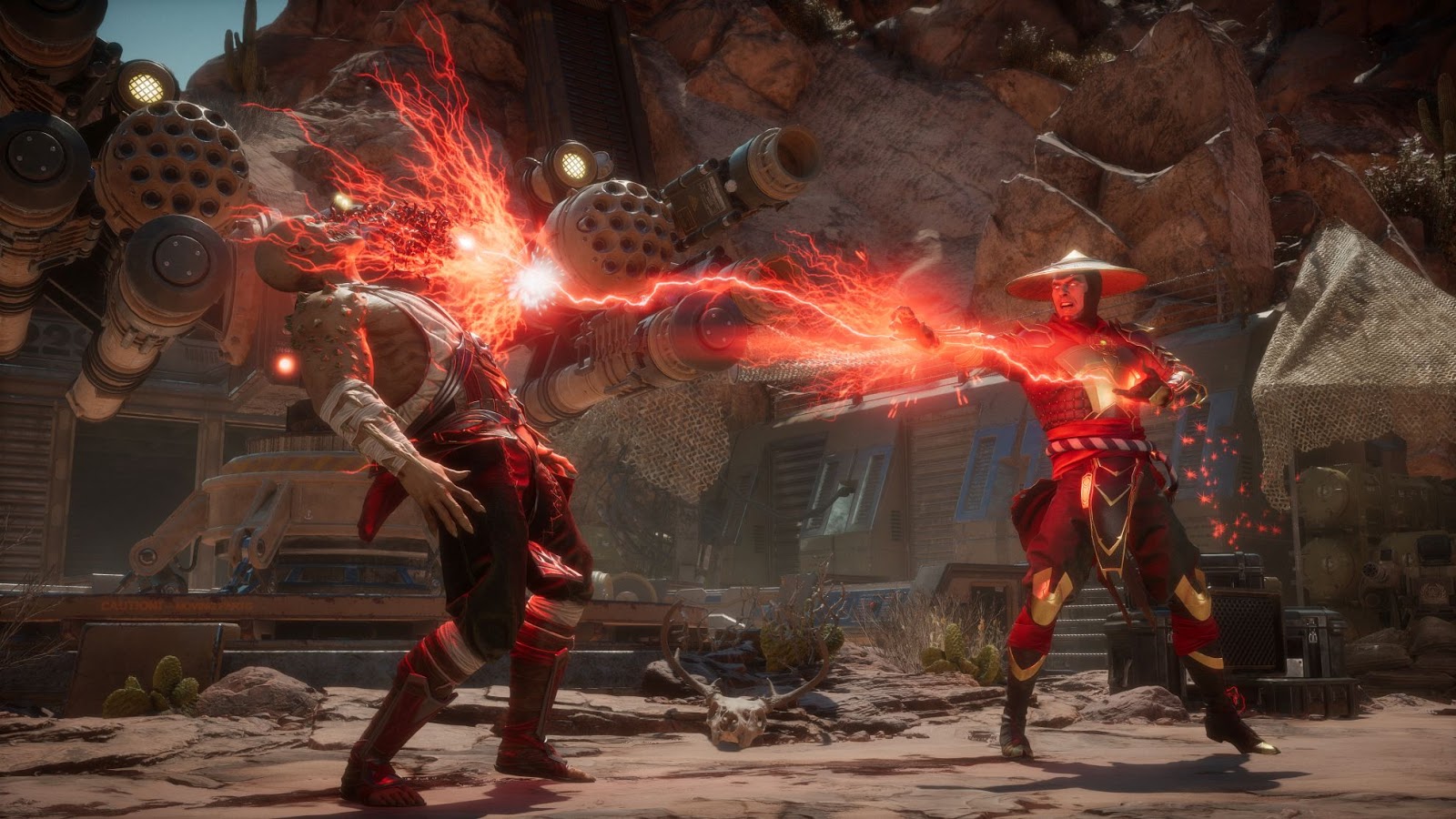 It pours a reddish brown, with a beige head that seems to linger longer than most pumpkin beers with light to medium carbonation. I prefer this one cool but not really cold, and to me the cinnamon is a bit less pronounced than the other spices – in particular the clove which has just a bit of bite at the back of my tongue even after I have finished the drink. Also, weighing in at a moderate ABV of 5.0%, you can have a second if you like without it kicking your tail like some of the boozier imperial pumpkin ales out there. That makes it a good sipper for a game like this, because it is not going to do much to diminish the old reflexes like something with a higher alcohol volume. If I was throwing a review score at this particular beer, I would give it a 7.5 out of 10.

While pumpkin beers can be pretty divisive, I really enjoy them when fall rolls around. Maybe it is just because fall is so distinctive up here in Michigan, but the combination of turning leaves, crock pot meals, football season and pumpkin beers are really some of the first things that come to mind when early to mid September hits. When it comes to video games, they tend to come in a trio of varieties this time of the year as well: sports (everything except baseball seems to release), AAA titles getting squeezed in before the holidays and of course, horror games.

Now, Mortal Kombat 11 continues the tried and true tradition of lots of violence and gore. Some could argue that the controls have become just a bit too simplified with this release, and there is certainly an emphasis on bone-breaking, skin-tearing, brutal hits and over-the-top fatalities. While the gore is all well and good and certainly fits the season, the Krypt is where most of the quality atmosphere comes into play here. 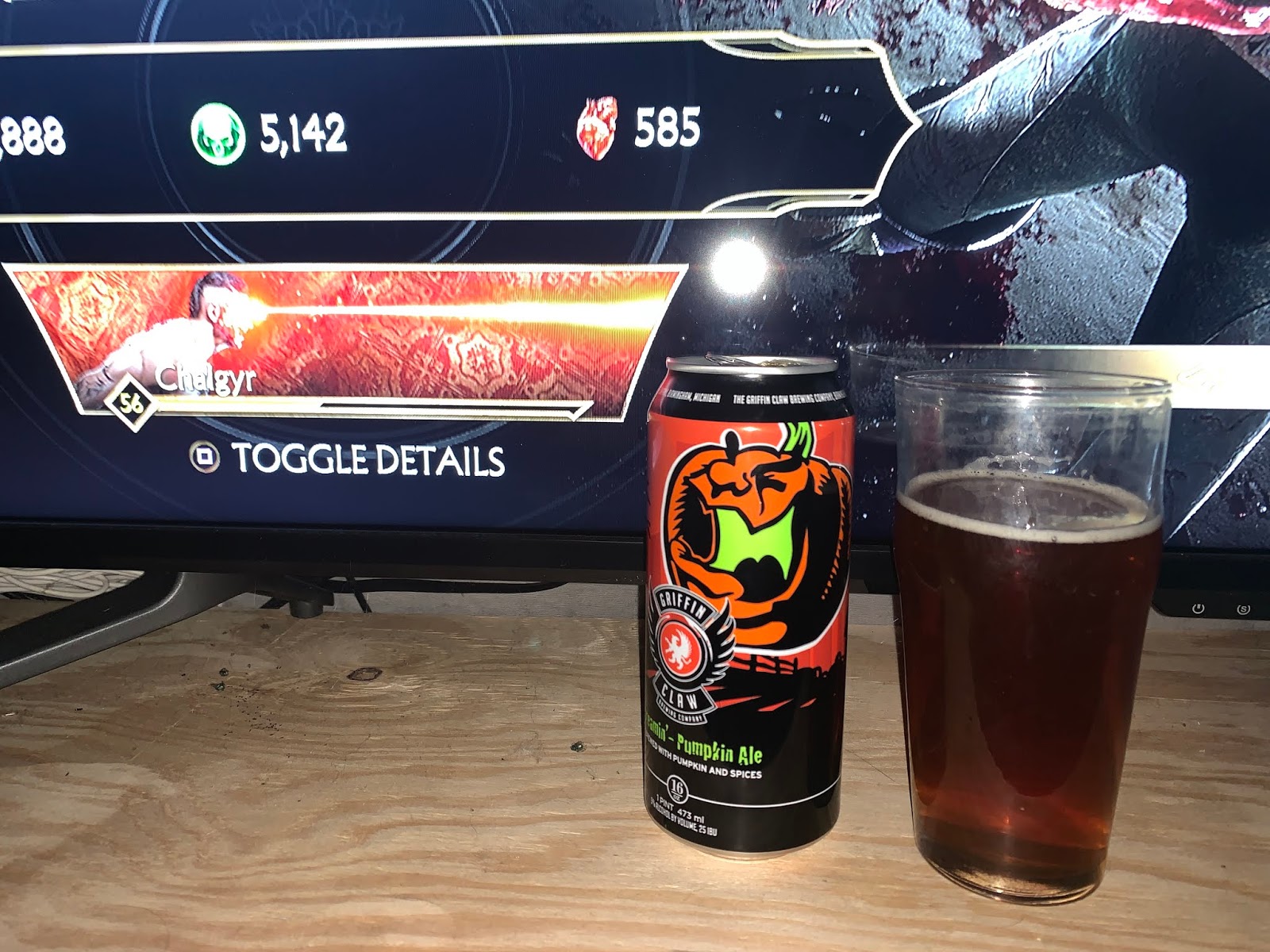 The Krypt is not a new concept for the series, but it has never been more immersive than it is now. It is basically an area where you collect unlockable items. In the past, it was generally pretty mundane, where you walk around an actual cemetery or crypt and spend your coin earnings to unlock whatever is at that particular vector. Now? It is a mini-game all to itself and pretty awesome. Your character finds legendary artifacts like Raiden’s staff or Scorpion’s spear as he navigates through a creepy take on third person exploration of Shang Tsung’s island. It really helps that this section is narrated by Cary-Hiroyuki Tagawa (who played the role in the original Mortal Kombat film that released during my freshman year of college). In the actual fighting gameplay, he is also used as the model for Shang Tsung, and the resemblance is certainly something I appreciated, but his venomous delivery throughout the Krypt is really fantastic and frequently brought a smile to my face, despite his often derisive remarks (usually tied to me doing something silly and getting killed).

Dying in the Krypt is really just a matter of moving back a few moments and trying something again. There are not a lot of enemies, but there are some fire-breathing spiders, traps and even a blindfold that is responsible for some of the bigger scares as an unseen creature may or may not leap out of the ether to kill you. There are some genuinely spooky environments, plenty of jump scares and it all definitely plays into the Halloween season rather nicely. If I were scoring Mortal Kombat 11, I would happily throw an 8.25 at it - so slightly ahead of the Screamin' Pumpkin Ale, but both are comfortable fits for the spooky season that is upon us.