You are reading
The Jackbox Party Pack 6 – PS4 Review

JackBox Games are back again with their sixth entry into the series. With a sequel to one of my family’s favorites with Trivia Murder 2 and brand new games alike, there’s more fun to add to those slow party nights where everyone is already on their phones anyway!

Starting with the sequel to one of my favorites, Trivia Murder 2 brings you back to the murder house and doesn’t even let you out when you die. Answering trivia right will only keep you safe for so long as this is basically a game of SAW and even if you do win? You may still not even make it out as the ghosts are always allowed to steal your life and grab victory for themselves.

This second entry isn’t just more of the same though. While there’s still crazy trivia the murder games have switched up and now there are even more things to worry about. Getting the murderer’s mother’s wig for example saves you from some scrutiny, but once you win, you have to prove that you are really her or die even after winning the game. 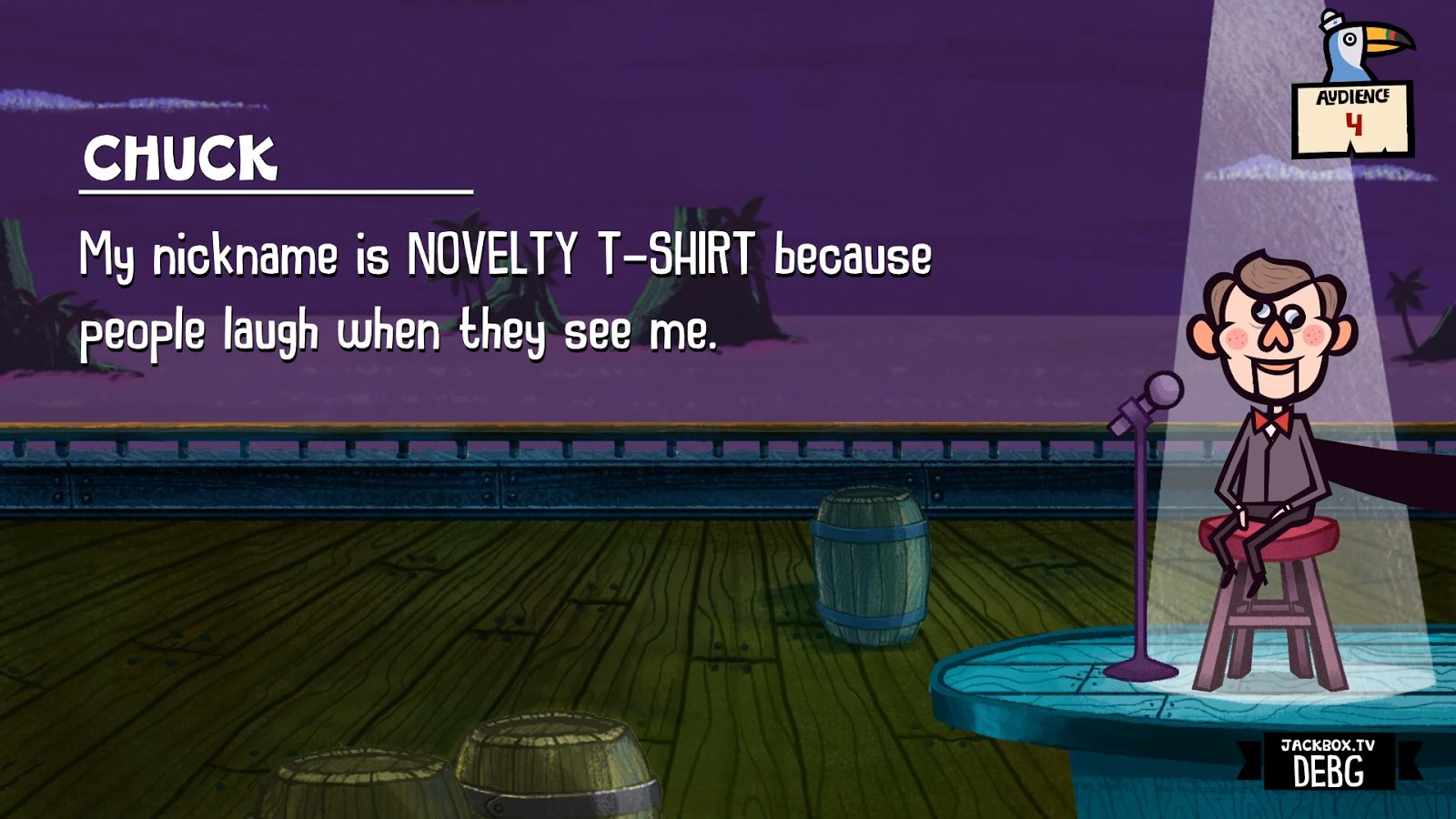 Next up is Role Models which was a bit of a weird one. As a group you get to pick a category for the overall subject and once that’s done you get to assign personalities or roles to the others over the course of a few rounds. Where things get a bit fun isn’t what every other player thinks if you, but what you and they think of you as a whole.

Points in this game are calculated by how many of you voted on the same choices over the course of the rounds. So one person could easily be taking the majority vote for a science fiction personality of Darth Vader, while in other cases if you were the only one to think so you would have no points. It’s a neat little game.

Moving down the line, Joke Boat. The joke of the boat is that this is far from a five star cruise liner and even calling yourself a fourth rate comedian is generous. Dad jokes aplenty on this literally sinking ship, you’ll be coming together pieces of text in hoping that something actually comes out funnier than you think it will be for the popular vote. It’s fun, but it’s no t-shirt TKO. 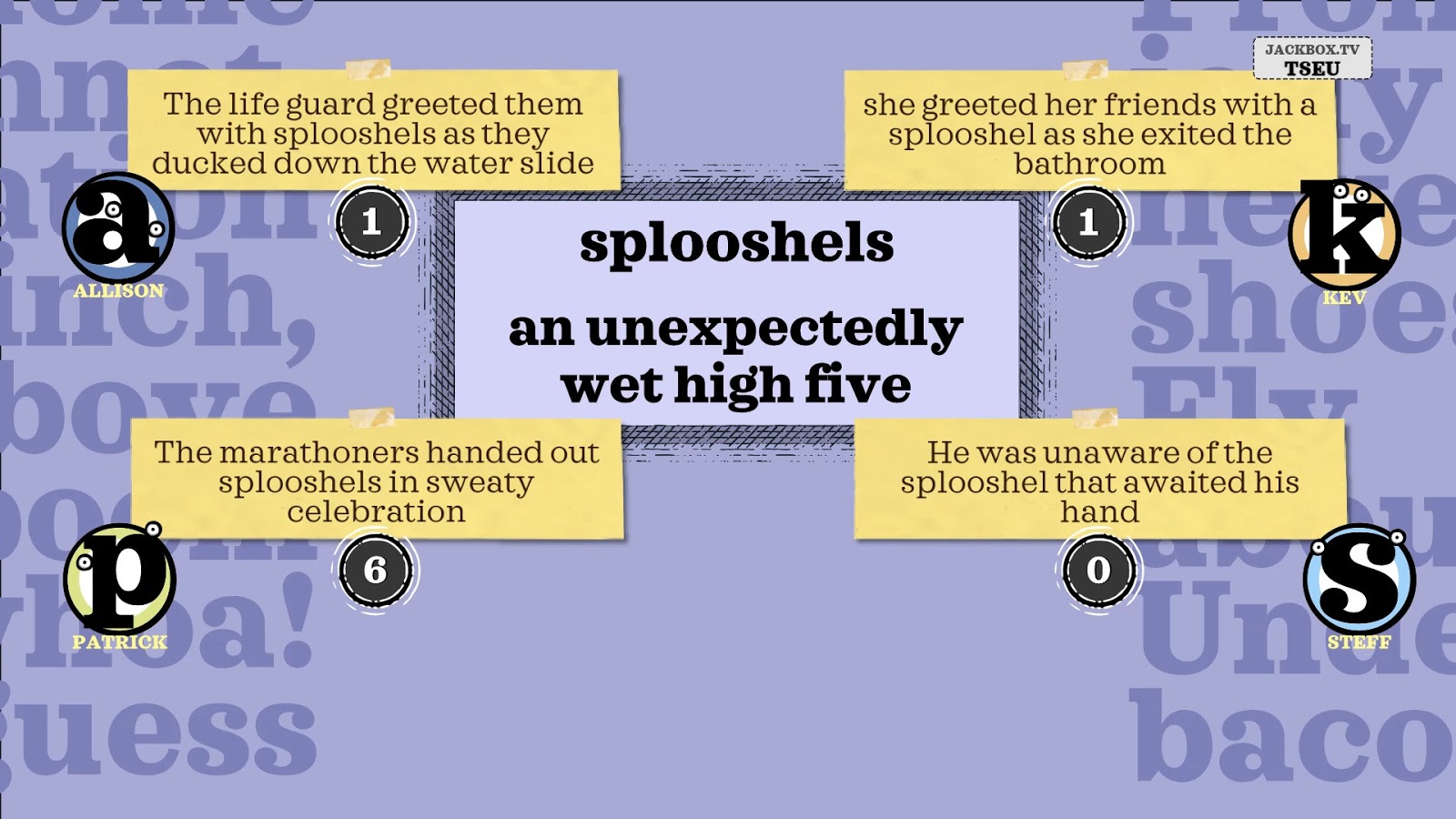 Dictionarium was perhaps the shining entry of JackBox 6. This is literally a game where you can write up a bunch of nonsense and it’s added to a dictionary as fact! It’s a lot of fun and you can work off of others in order to make your own brands of nonsense for both a word, its definition and it’s synonym. It also doesn’t take very long to go through a game so the nonsense can easily keep rolling for a while as it doesn’t feel like any effort is needed.

Finally, there’s Push the Button which unlike a lot of other entries in the JackBox set, requires a minimum of four players. This for us basically eliminated it for our quiet family nights and was meant more for actual game nights with friends as you’re really going to need the extra people to hide as the alien(s). It kind of made me miss my father for the first time in a long while a fair amount as getting together on Sunday nights is what we did. The sad and mopey stuff aside, once you get this baby loaded you’re in for some fun as it’s basically a much quicker and digital version of Battlestar Galactica Board Game where you’re hiding as a Cylon. If even one alien remains, the humans lose. If the human eject all of the aliens? They win. There’s no grey zone so you’ll want to bring your A-Game!

So overall, JackBox Games Party Pack 6 is a great addition to the series with plenty of new additions to suit multiple moods to a night amongst family and / or friends. From Murder Trivia making a return to new cheesy things like Joke Boat, and it stands alone just as easily as it stands alongside the other five party boxes.

Facebook Twitter Pinterest E-mail
Previous article Read Only Memories Expands to Print in December!
Next article The Bungie Foundation Raised Over a Million for iPads for Kids and Children's Miracle Network