Super Monkey Ball: Banana Blitz HD may not be the best game from the series to get the remaster treatment, but the additional modes and fluid visuals make this a worthy bargain acquisition for fans of the series or even just those who like some high speed antics.

Over a decade old, Super Monkey Ball: Banana Blitz HD forgoes the motion controls of its original release and is definitely better for it. This makes for a much more fluid experience as you rotate the world and guide your little monkey ball down a variety of paths, over and around obstacles, while trying to pick up bananas and reach the portal at the end of the stage. If you are completely new to the series, it is all pretty intuitive as you accelerate, turn and jump your way through the stages. You get to choose from a handful of monkeys, each of which has slightly different stats to take into account when you play. 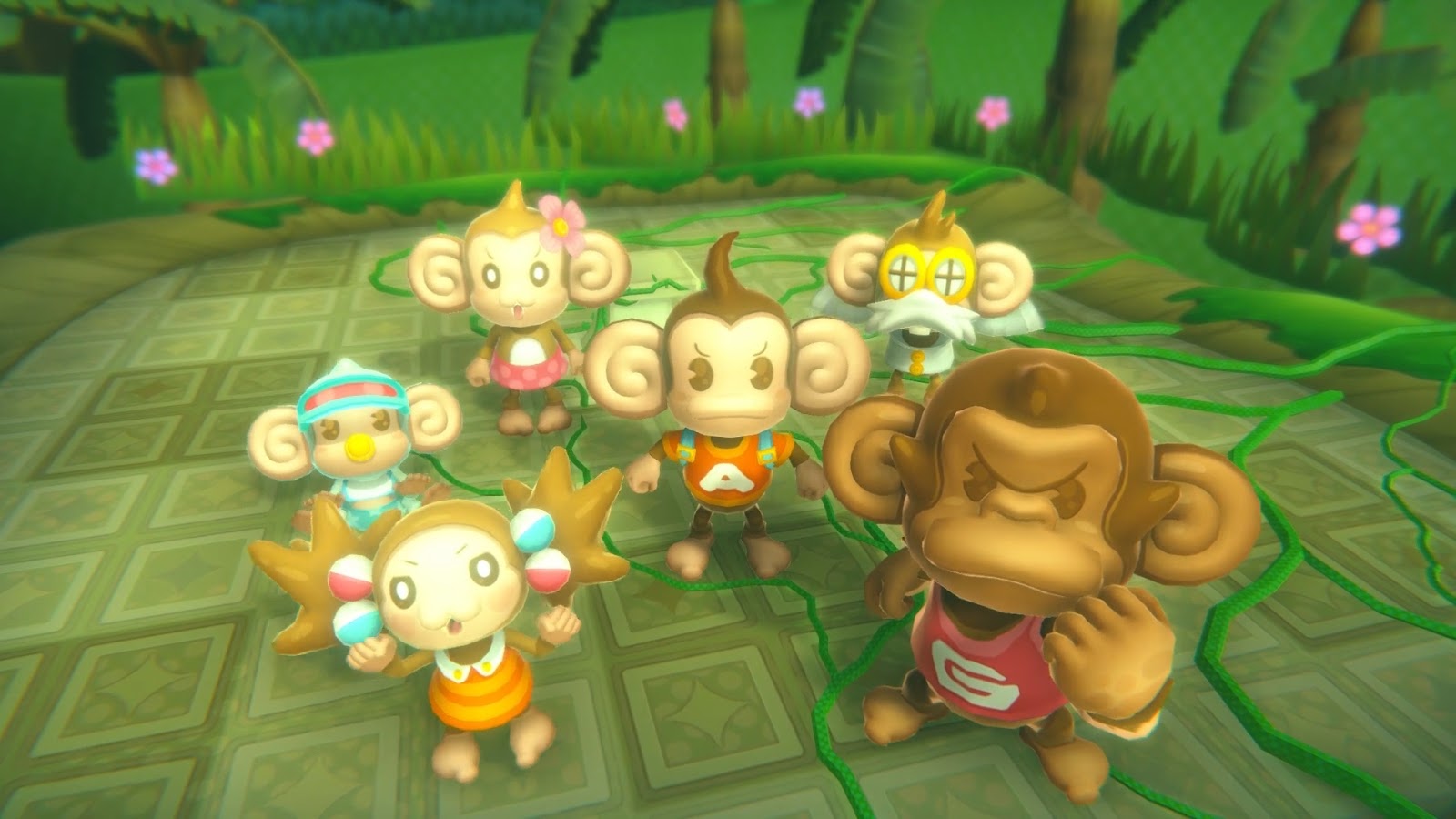 There is no shortage of content here, with one hundred levels that were found in the original single player game making up the bulk of your time spent here. Think ten worlds with ten levels culminating in a boss fight. Unfortunately, while the boss fights are meant to add variety to the mix, they just kind of suck frankly. They are not all that creative, as what you do is try to identify a weak spot and then jump into it from the right angle. I can appreciate attempting to shake up things a bit, but the fights just feel clumsy more often than not.

The new and improved non-motion controls certainly make things easier in the early stages, though the difficulty sure does spike some time after the midway point. You will have to balance over narrow beams and manage some tight turns and some pretty courageous jumps before things are all said and done. It is something of an annoyance that the control scheme saw so much attention, and yet the right analog stick just sits there doing nothing. Thankfully it is not something I missed all of the time, but there were a handful of jumps and turns that would have felt fairer were I able to spin the camera with the right stick and see what was coming. While the campaign is pretty straightforward (collect the bananas, exit the stage, lather, rinse and repeat), the minigames that make up the other half of the offering have a good deal more variety to them. They take on a pretty predictable approach, channeling lots of ball games – baseball, golf, bowling – but also some surprise games such as boxing. Unlike the primary campaign, which is strictly single player, these modes allow for some fantastic local co-op. There are also some minor modes that are just remixed versions of the two primary ones with a decathlon that has you going through all ten minigames in a row, and a time attack that tries to add more pressure to the single player mode (including leaderboards for the super competitive among us). The downside here, is that many of the motion games originally packaged with this title when I released on the Wii are now gone, shaving the number of minigames from dozens to less than a dozen. I get it, because at the time most of these were designed with the Wii’s motion controls in mind, but it is a bit disappointing to see the number of games so dramatically reduced.

HD is right in the title, so does it look fantastic? Well, it looks better than the original obviously, but the Monkey Ball series has never been about photorealistic visuals. There is a bright, vibrant, cartoon style that is focused more on smoothness and color than details and textures. Still, it was never designed with 55 inch televisions in mind, and Super Monkey Ball: Banana Blitz HD is far from a visual powerhouse. That being said, I appreciate that having a wider aspect ratio allows me to see more of the environment and helps to compensate for that lack of right stick camera control. The music is fun, poppy and peppy – though I could have sworn that some of the songs were different. I looked it up, and apparently there were some song choices changed out. I cannot say that they are significantly better or worse, just different. 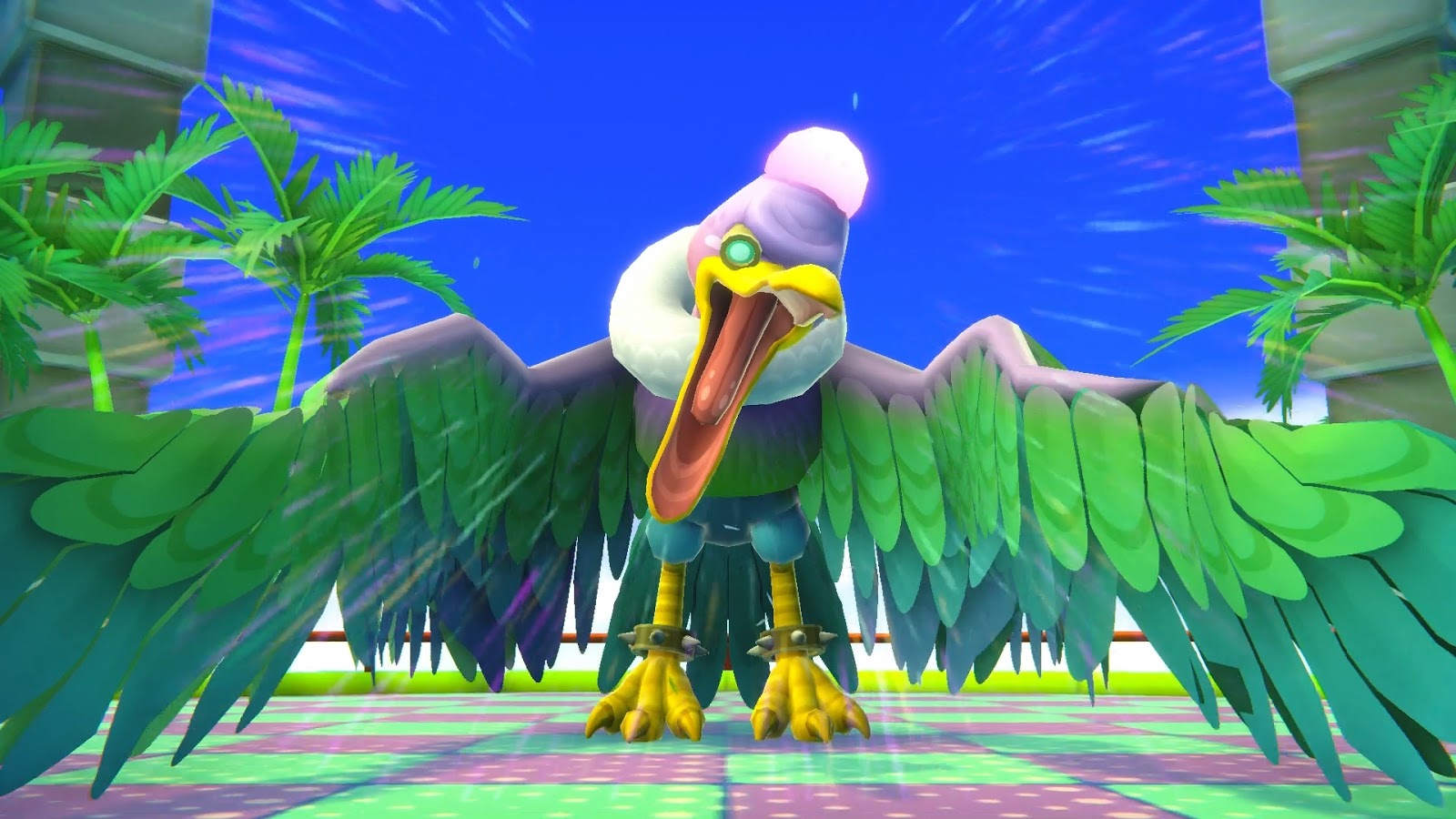 The premise is ridiculous but cute, and the action is certainly well-done with a nice fast and fluid feeling that Sonic the Hedgehog would approve of. It makes for a quick, entertaining diversion, though I do not know that it really has the depth in the single player to keep me coming back for more once I worked through the stages - but Super Monkey Ball: Banana Blitz HD is a blast with some friends if you enjoy some multiplayer shenanigans. It might be a bit more difficult to justify this release if it were a full sixty dollars, so ringing in at only two thirds of that price certainly helps. I do wonder if there were not better choices in the series to choose from that would not require a complete reworking of the controls, such as Monkey Ball Deluxe which had a lot more content available. Still, what we have here is definitely fun, even if it is in shorter bursts.