Deemo -Reborn- is a great use of virtual reality, because it uses its lovely visuals to pull you into a world that is begging to be immersed into. The narrative is touching, the music is beautiful and as an experience that is memorable.

There is a thoughtful, slower pace to Deemo -Reborn- that makes it a more relaxed type of experience. That works well, given the nature of the game. The majority of the action comes in the form of the songs played between stages. This is a rhythm game at its core where you choose a song that you play out with your hand. It is an interesting sensation that I had some concerns around originally. The mobile game was focused on precise taps to match the beat, but here your hands feel as though they are playing the piano in front of you. 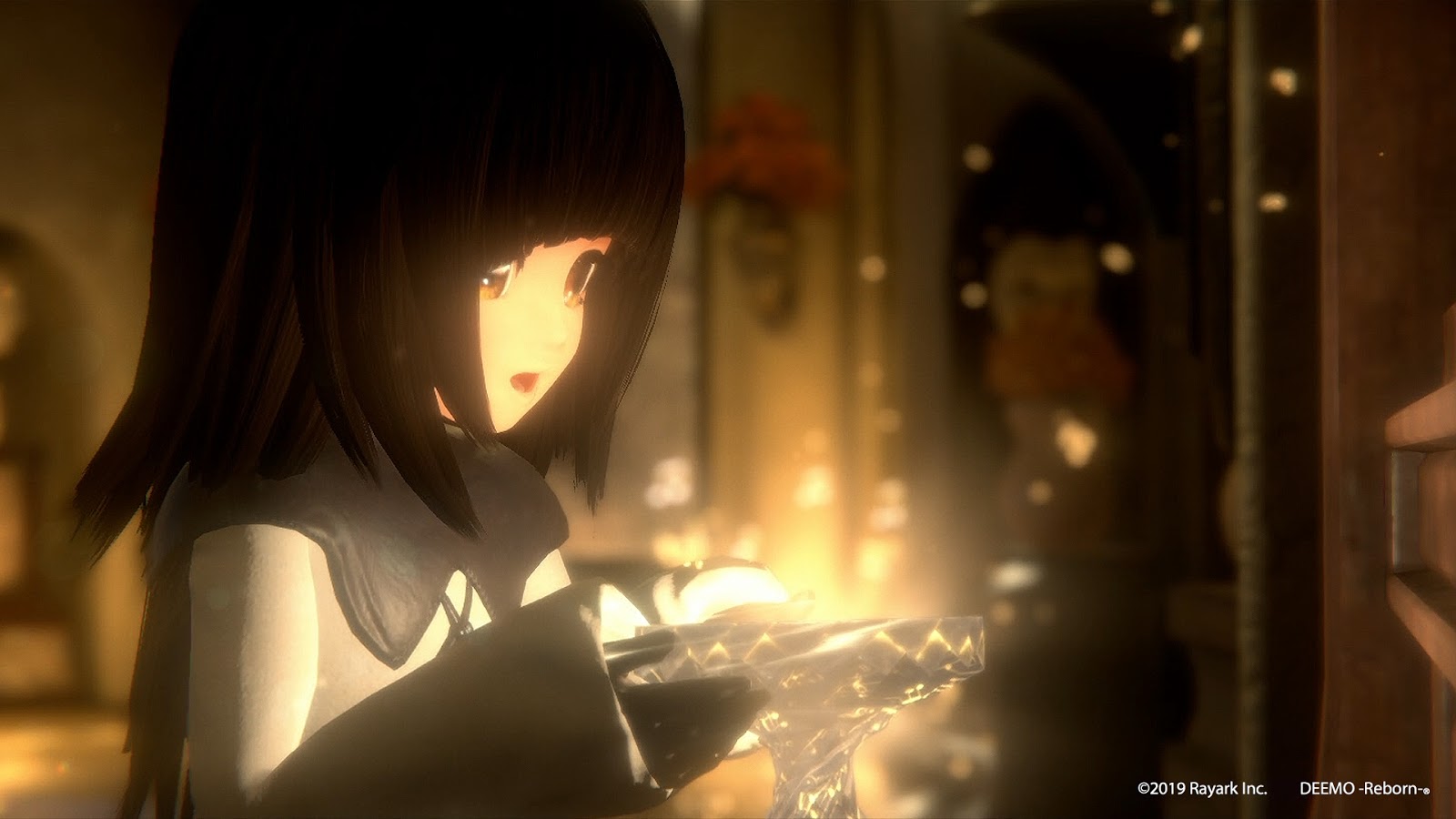 My biggest concern was timing / hit detection. Anything reliant on movement has a tendency to be sketchy in video games when the tracking maybe isn’t as precise you would want, but here it does a really good job. In fact, I would say that despite the possible lack of precision, this is easier than using a controller and navigating the various buttons, which kind of surprised me. I would say to make use of the VR option and play the game in that way – it feels considerably better than using a controller. Not that Deemo -Reborn- is a very hard game. Its most challenging difficulty is not really all that difficult and the easier setting should allow almost anyone to beat the song being played.

As for the music, it does have a heavy piano focus, but it is generally quite lovely. It is interesting that the game itself is Japanese voice acted, but the music is a mixture of languages. The music ties into the story that sees our protagonist play beautiful music that helps a small tree grow into something more substantial that serves then as her way home. Along the way, between songs and as our tree grows, you have the opportunity to explore, lending Deemo -Reborn- something more of an adventure quality as you go on to collect dozens of songs that can be played at a variety of levels of difficulty. 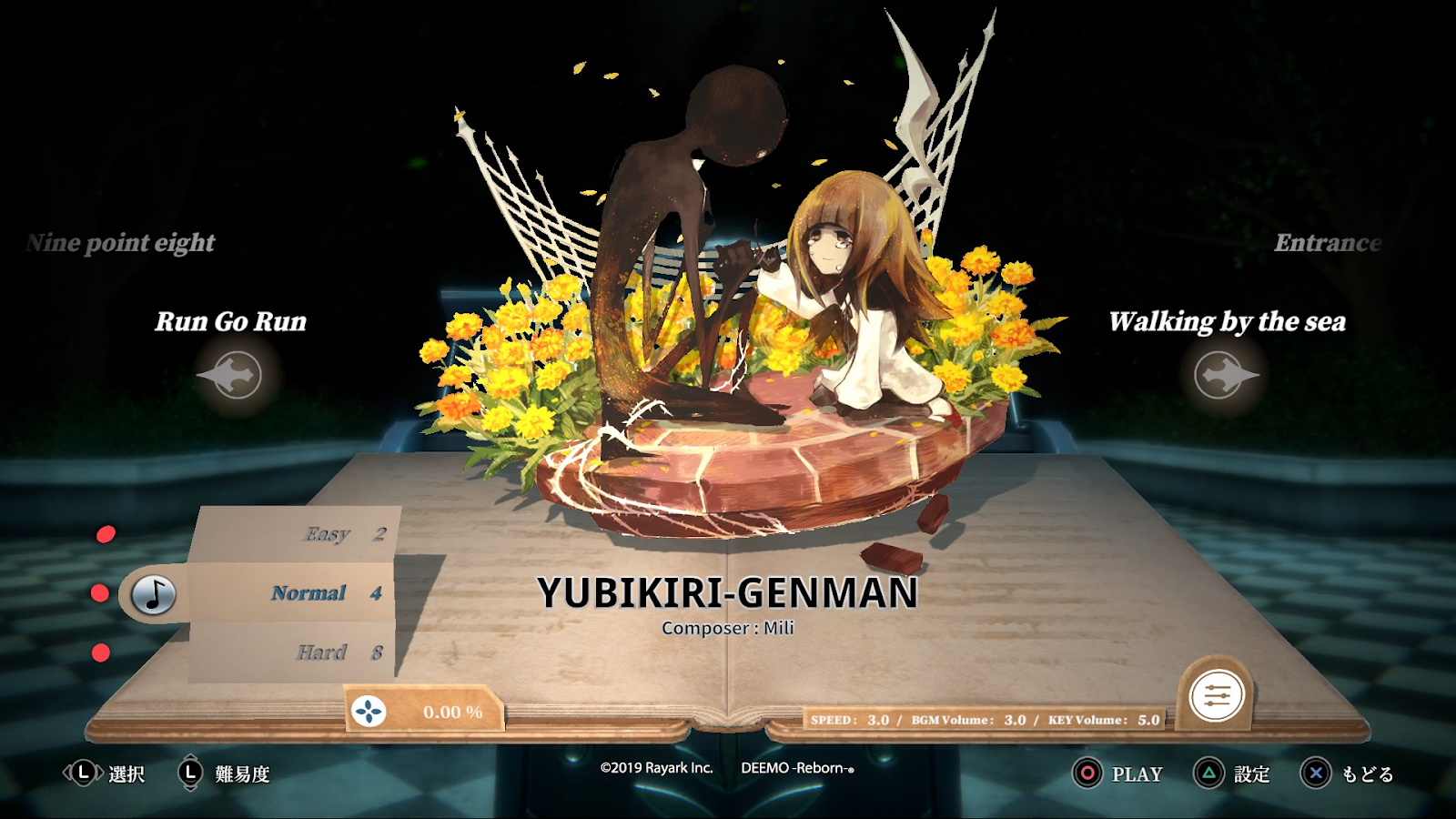 Exploring the newly unlocked corners of the castle reveals puzzles and someone called the Masked Lady. There is a good deal of abstractness to the characters met early on, but the way it all comes together in the end makes the experience incredibly rewarding, and emotionally a little sticky as well as it stuck with me for some time. The world you explore is absolutely gorgeous, the visuals colorful and enticing, especially with virtual reality. This adventure mode was not part of the game’s original mobile offering, and while I thoroughly enjoyed it, I question whether or not someone who has a favorite song or two (the list is pared down from the original in this release) missing now will feel like it is a fair trade. Instead of a few hundred songs, you have around sixty instead – that is a substantial difference.

Deemo -Reborn- takes a little time to ramp up its narrative. Early on, there are far more questions than answers, but as more of the castle is revealed and more about the two main characters – Deemo and the Masked Lady – the more invested I became in the story. The castle itself is almost like another character, once everything comes together at the end. 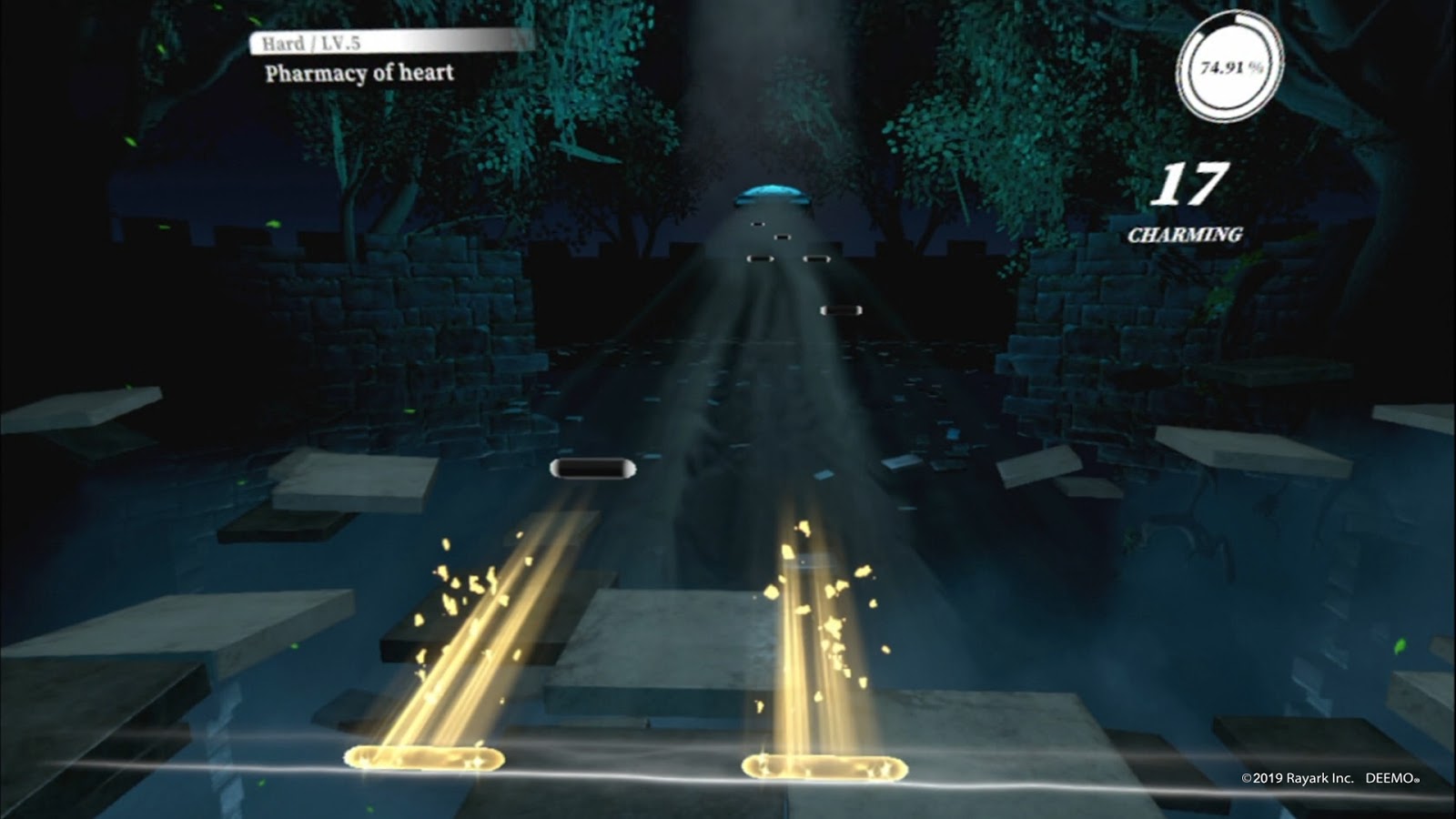 In terms of the gameplay, there is nothing really revolutionary here. Wandering, completing basic puzzles and tapping out a rhythm game are all pretty standard video game fair, but to its credit Deemo -Reborn- does these things very well. While you can play this game without the virtual reality, I don't know that I would recommend it. The immersion and better gameplay options would be heavily compromised by doing so. Deemo -Reborn- is a fantastic game however, and anyone who can appreciate a slower paced story and some lovely music via a rhythm game should give this title a chance. It is well worth the time.