Having first taken a look back in April of 2017, Atemly Games have recently released an updated Alpha to showcase just how much work has gone into this Victorian inspired Steampunk adventure. Taking on the role of Zack, it won’t take long for you to pack up for a journey that will in the beginning ask more questions than it answers.

Starting off at a fruit vendors stall in a small to medium sized city, you chase after a bread thief to get back what was stolen from another merchant. Finding out after fending off his “big brothers” that he did it so that they could eat, you give him your lunch and head back to the stall that you help run.

With one event leading to another, you leave town to negotiate a continuation of good on increasingly dangerous roads only to find out that someone who used to be close to you is now in a group of bandits. Packing up for a longer adventure you head out to find him and meet some interesting people along the way.

It’s a light enough start even if it deals with heavier concepts such as starvation and life on the streets as there doesn’t seem to be any other way available. I’m looking forward to seeing how well these themes will carry on down the line but so far? It’s well written and I like how real the characters feel within the world. 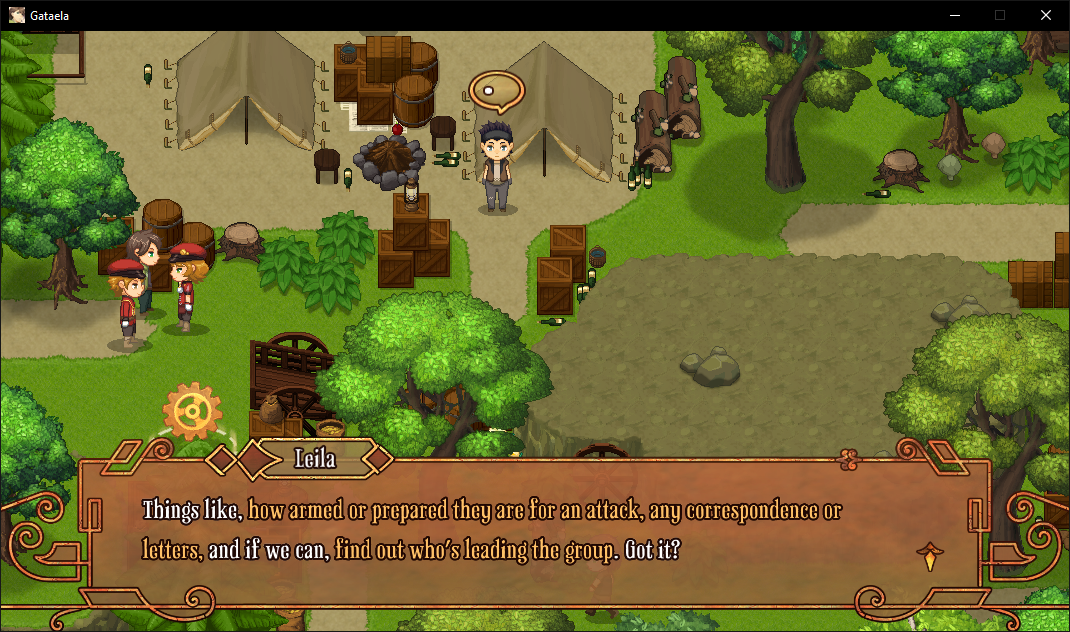 Gataela plays a lot like a classic RPG. You move around town or the outskirts, forests and encampments in a left, right, up and down fashion. While in town you’ll be able to talk to people as you walk by while out in the fields you’ll see enemies and you’ll only need to fight then if you run into one another. Enemies are also never really faster than you so you really do get to pick whether or not you’re in the mood for a fight or just want to keep moving on.

The music is nice to listen to. Generally upbeat themes carry you through both exploration and battle and it never gets tiring to listen to. The field music is also nice to nap to which I can attest when I put my laptop to the side one Sunday night as I needed a few minutes after a long weekend. 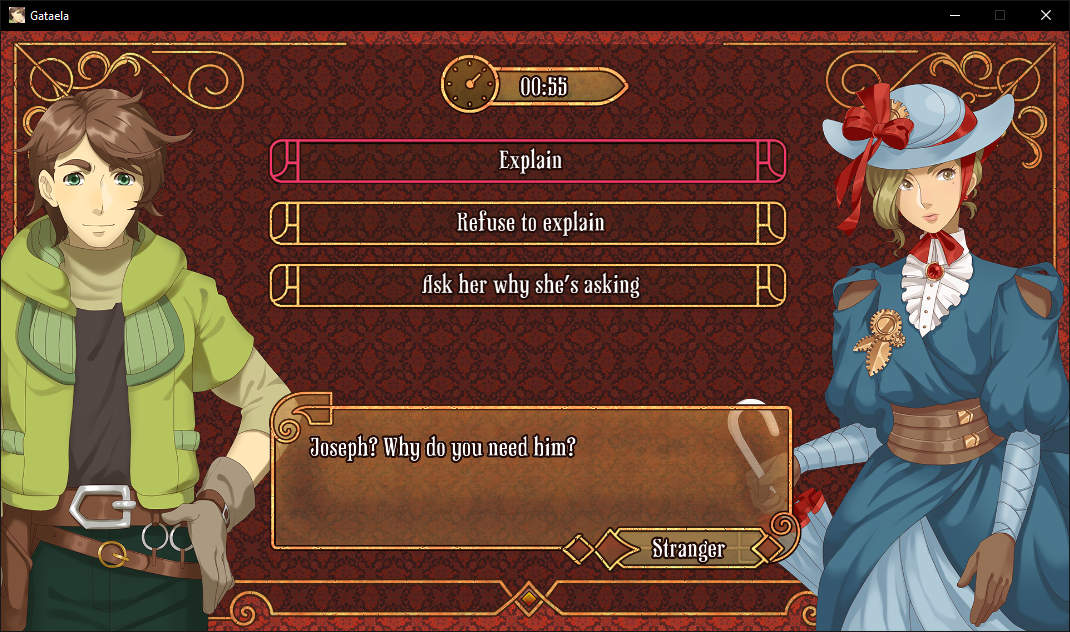 The character models on the map are adorable and I love how they are animated to move around. Only adding ad a bonus, the dialog are highly detailed 2D stills of the characters speaking that would look at home in any larger budget RPG. Speaking of larger RPGs though, Gataela does take a page out of the Tales Of Series for side skits that can be viewed if you want to and add to the story that is primarily told.

Now here is where Gataela shines. On one hand you have your standard RPG battle system in which you choose what each member of your party does and then it plays out against the enemy in a speed based process. On the other, you have to choose dialog options in a battle of “wit” in order to gain the knowledge that you need to move ahead in the adventure.

This second style of combat is neat because the options are never at the same point so if you’re going for a second or third attempt you can’t just spam through but look before answering. 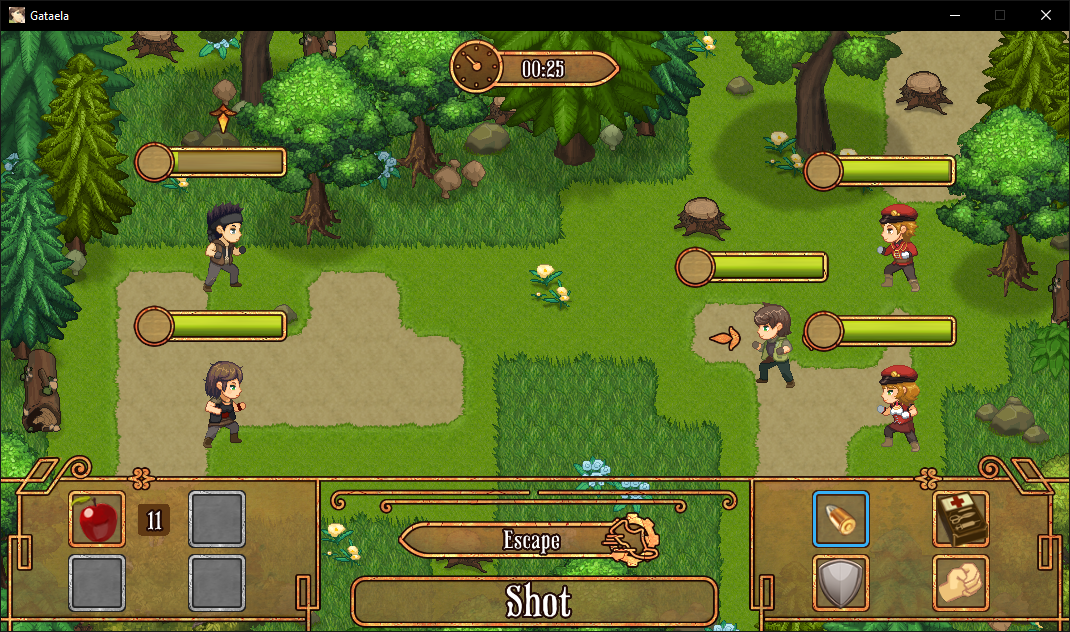 Like my first time around, I'm still very much excited to see how Gataela evolves as Paige and her team continue to improve upon wonderfully looking indie. As a bonus? Gataela is literally being developed in my backyard "across the river" over in Ottawa, Ontario from where I am in Gatineau, Quebec. It's a weird setup that basically makes two giant cities almost one but not. But hey! It's a local indie it should be supported!